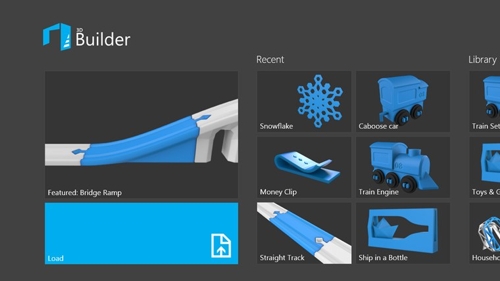 Microsoft Kinect Sensor (XBOX) is one of the most popular tools for 3D scanning. Further the company uses 3D printing for the production of new prototypes and Windows Version 8.1 offers 3D printer support as a standard feature. Now, introducing the software 3D Builder, Microsoft takes another step towards 3D printing fans.

The new Windows App 3D Builder enables the user to easily modify 3D models. You can use simple manipulation tools as well as a library offering templates. The free software is very intuitive and can import and edit existing models. Creating models from scratch however is not possible.