Last week 3D Hubs announced that users of their platform have now access to 20,000 3D printers worldwide. Within half a year they have managed to double the devices in their network. Compared to this impressive result, it took 21 month to reach the first 10,000.

Their latest 3D Trend Report is therefor now based on 20,000 3D printers in over 150 countries. Among the highest ratet desktop 3D printers, the Prusa Steel ranks first, followed by the Australian 3D printer Rapide Lite 200, which closed a rather successful Indiegogo campaign about 9 month ago. The leader of last month, Kossel XL, fell back by two positions and is now rated third best. The Zortrax M200 has managed to stay in the top 5 for  8 month and now ranks forth with 515 reviews. 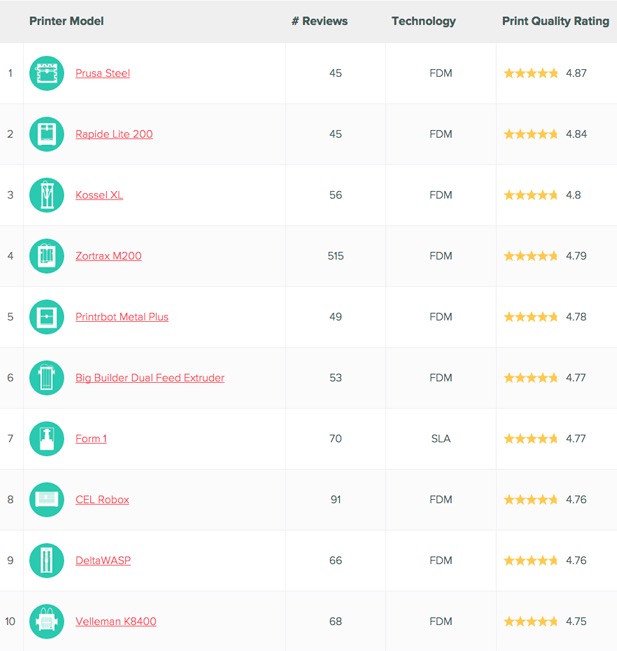 Not much has changed in the top ten of highest rated industrial 3D printers, with 3D Systems’ and Stratasys’ devices dominating the list. 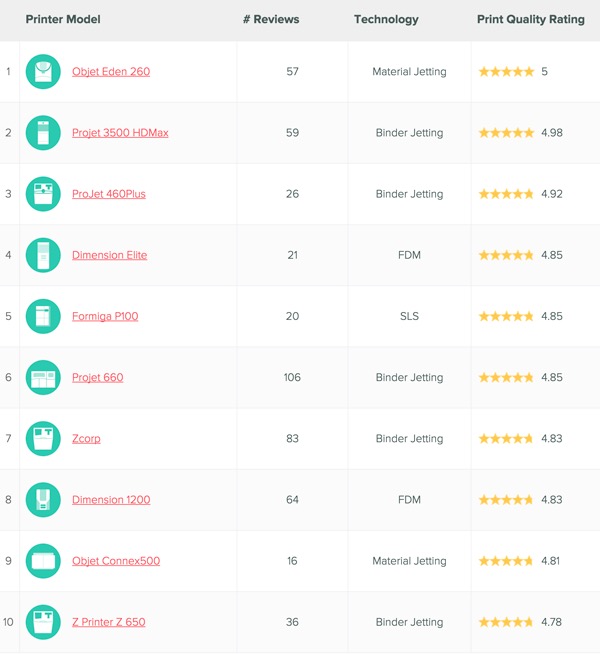 The Ultimaker 2 Extended takes the lead in the category “Trending Printers” with a MoM growth of 115%. According to 3D Hubs, they have now 2000 Ultimaker 3D printers in their network, building up one of the largest user bases.

The M3D Micro 3D printer claims the second spot, after the devices of the successful Kickstarter campaign have been shipped now. 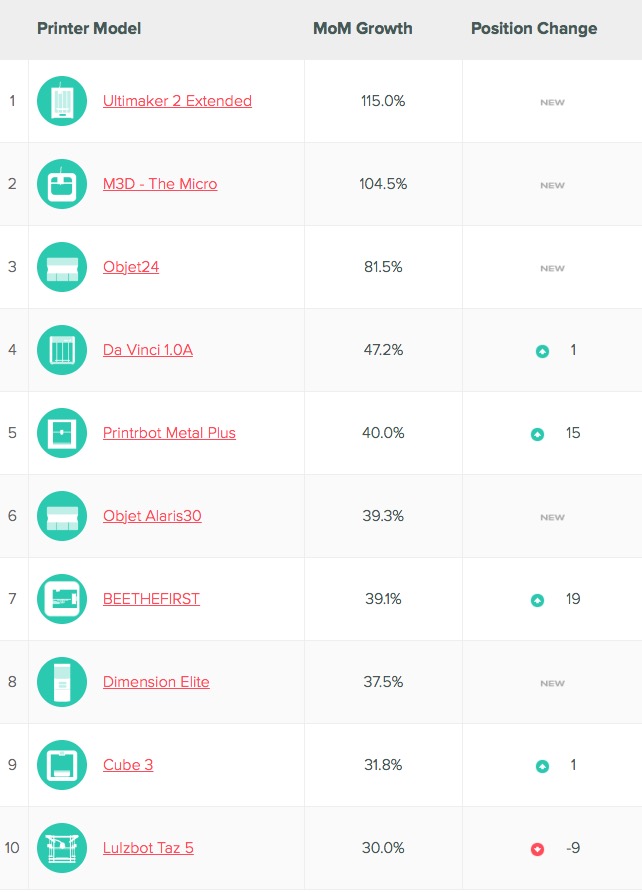