3D Hubs has released their 3D printing Trend Report for February 2016. Their community currently includes 26,500 printers in over 150 countries worldwide, which provide the base for their monthly report.

January’s top two desktop 3D printers – the PowerSpec 3D Pro and the Prusa Steel – have managed to keep their places. The Velleman K8400 made its way to the top three in February and takes bronze, while the CEL Robox 3D printer keeps hold of its 4th position, followed by the Afinia H480. 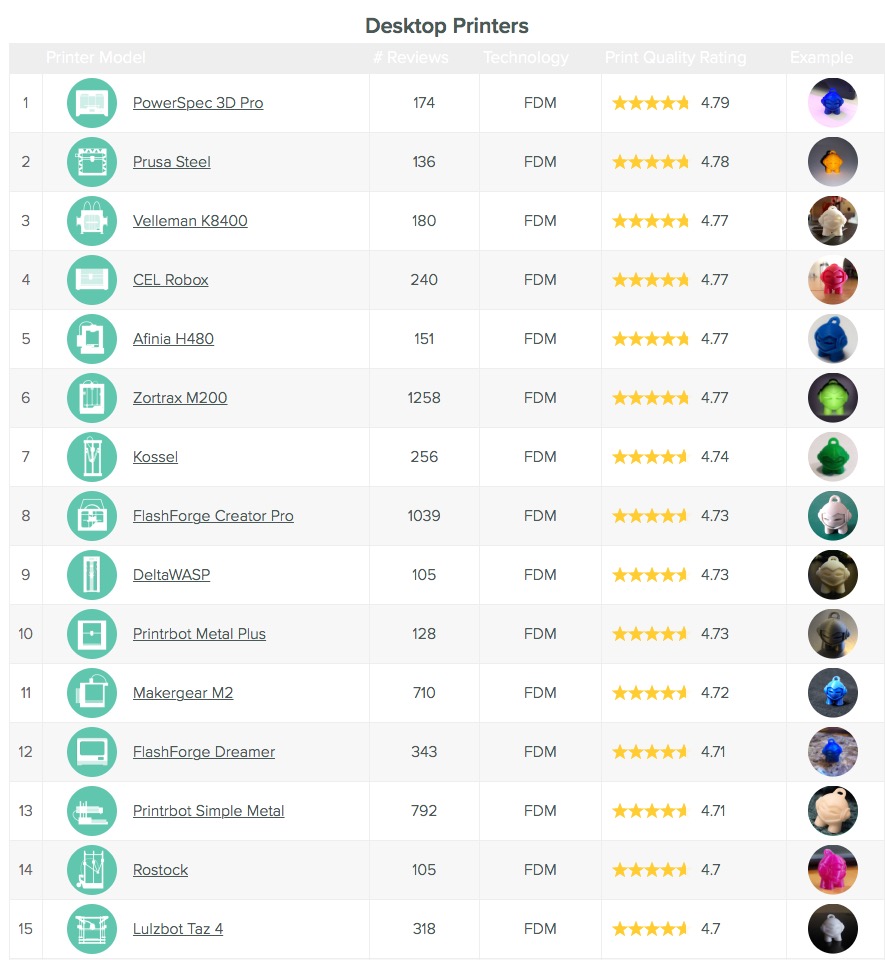 The affordable da Vinci 1.0 Junior 3D printer from XYZprinting is currently the most trending printer with a MoM growth of 57.1%, followed by the Duplicator I3 and the Form 2 SLA 3D printer. 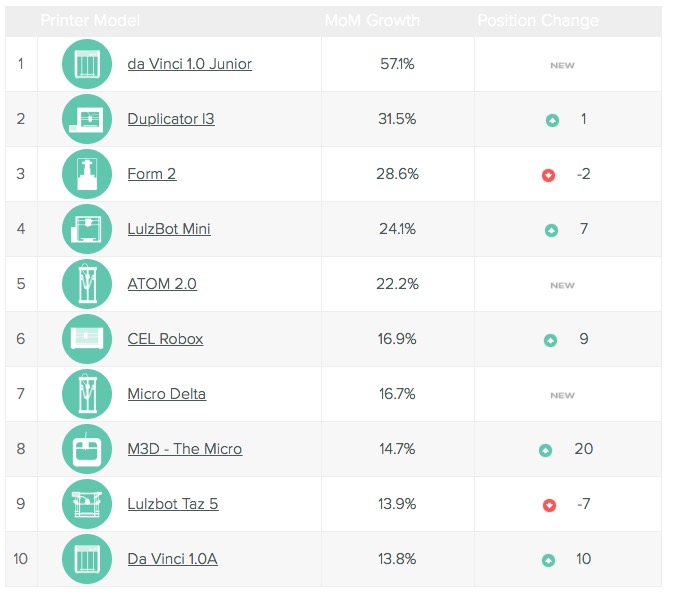 Click here to view the full report for February 2016.