3D Hub’s monthly trend report has just been released, now based on over 21,000 3D printers in their rapidly growing network.

It seems, however, that the top 10 highest rated 3D printers have only slightly changed their position compared to last month’s rating. The Prusa Steel still holds on to its pole position, followed by the Rapide Lite 200 and the Kossel XL. The Zortrax M200, which has obtained its rating based on the most reviews in the top 10 (615) ranks 4th. It is interesting to see that the top 20 printers are in a range of only 0.14 points apart from each other. 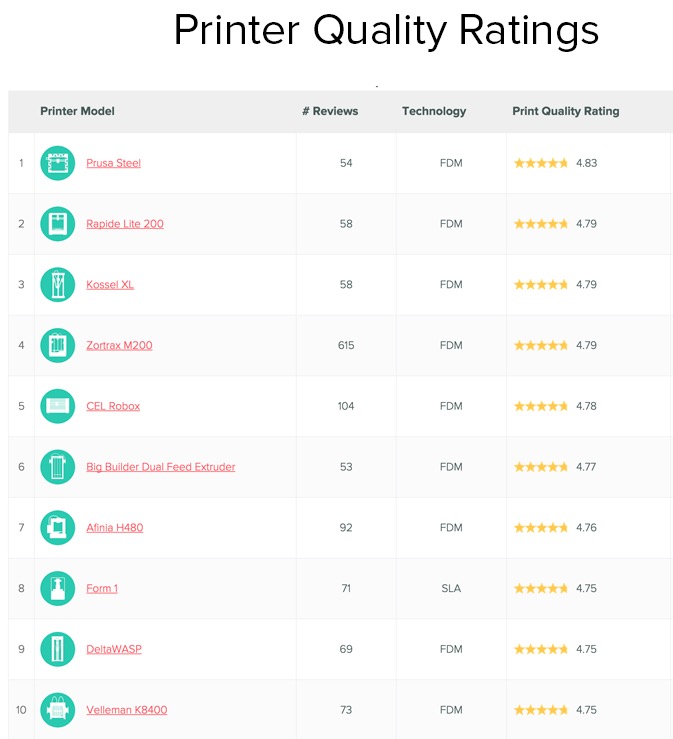 Among the trending printers last month’s top 2 have switched positions. The M3D -The Micro has taken over from the Ultimaker 2 Extended. 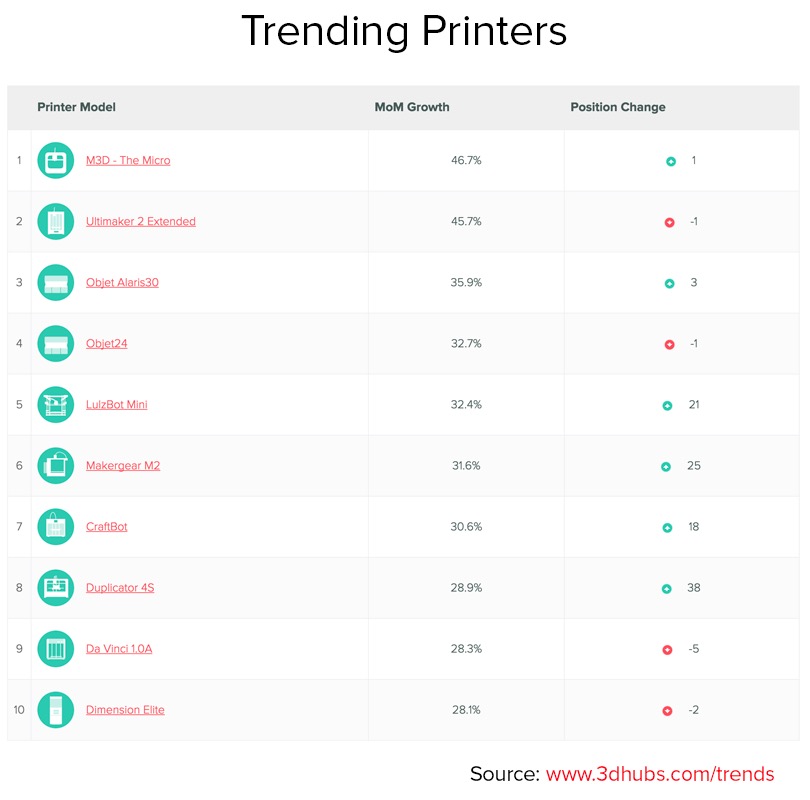 The top printing city in September is New York, showing a MoM growth of 4.7% with a total of 336 devices. Most new devices have been added to 3D Hubs network in Amsterdam, which is currently growing at 11.3%.

Click here to view the full report for September.