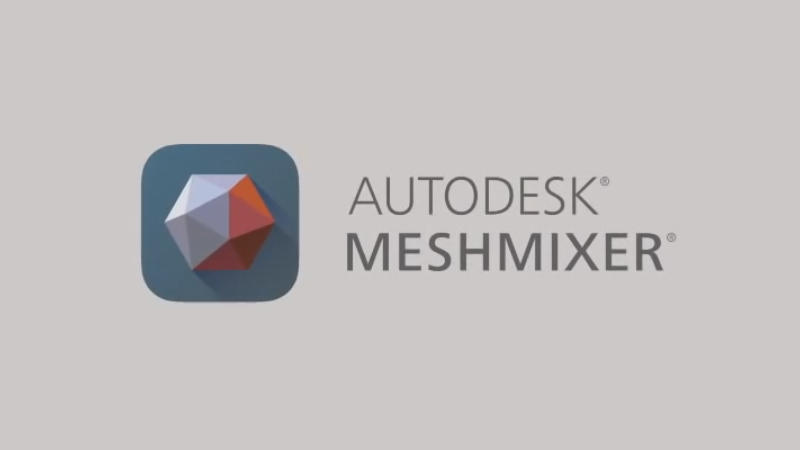 The application Meshmixer, which can be used to edit 3D nets, is now available as App in Autodesk 123D Suite.

October 2, 2013 – The application Meshmixer has been existing for a while and can now also be used as an application in the second updated version in Autodesk’s 123D Suite. Meshmixer 2 is currently part of the “Experimental Sandbox” and is highly suitable to manipulate and merge 3D nets, to clear 3D scans and to smoothen surfaces.

The latest version of Autodesk’s Meshmixer features a convenient function for 3D printing. You can now view and analyse the models on the printing surface in a preview function. An integrated repair function automatically seals any leaking spots. In addition the “Wall Thickness” function helps saving material on the inside of the model.

Version 2.1 of Meshmixer is available for free for Windows and Mac.

Most of the 3D printer which haven’t been supported so far are now featured by the latest version of Autodesk Meshmixer.

With the release of Meshmixer version 2.9, Autodesk introduces some exciting new features.

The Transform tool now allows for precise input of position, rotation and sizing. You can enter the exact location and orientation you want your objects to be. The new Pivot tool allows you to designate a point on the surface of an object and scale it around this point. Also, you can drag one pivot to another and snap the attached object.

Summary of what’s new in Meshmixer 2.9:

Meshmixer 3.0 comes with a variety of new features and improvements, with probably multi-material 3D printing the most interesting one. Additionally, the new Unwrap tool allows makers to unwrap the 3D geometry of their designs and flatten it out for laser cutting or CNC milling.

Check out the video below to see some of the highlights of the latest version: