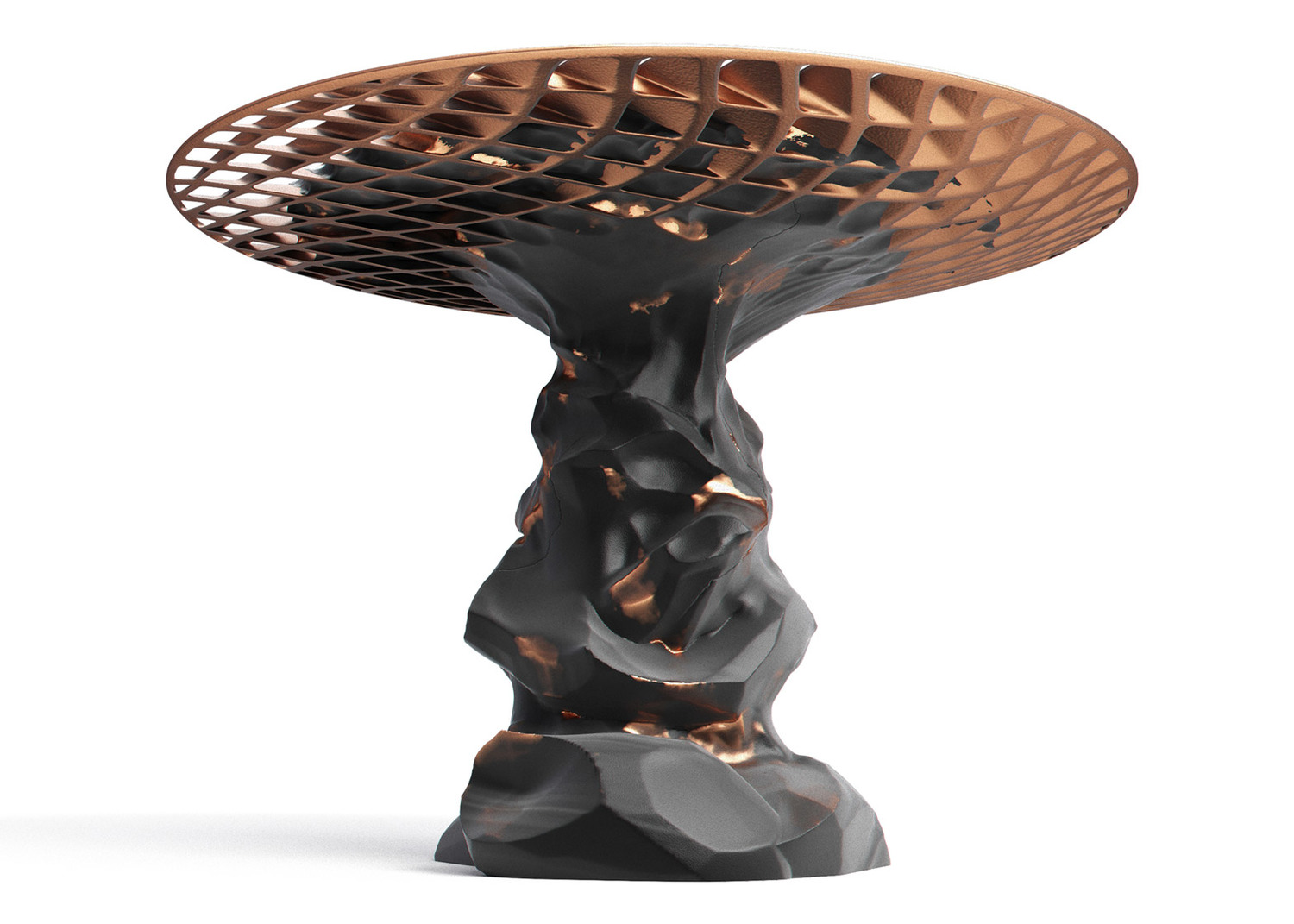 3D Printing is a method to create products and design objects, it is often used together with other technologies. Recently, a designer has developed a method to connect 3D printed objects with other objects – she has used an explosion.

Janne Kyttanen is a designer and uses 3D printing frequently but she wanted to combine a 3D printed copper part with an obsidian part. Usually that’s difficult especially when it should look like the two parts are one. But then she had the idea to connect the two parts together with an explosion. The idea is really simple: An explosion generates heat and a shock wave – these two things should connect the two materials. The artist called this technique “explosive welding”. 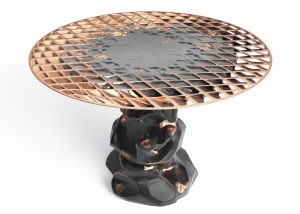 Janne has used this technique to create an example, she wanted to create a 3D printed table with the top of the table consisting of copper. That alone would not be a problem but she also wanted the base of the table to consist out of obsidian. With her technique that was possible – without the technique such a nice solution would not be possible (gluing or screwing it together is not a solution for the problem).

The created result is a really nice table which looks like the two objects are melted together as one. But the technique is not fitted for the home use because you need experts for working with explosives. Explosives are really dangerous and very expensive so this technique will be just used for design and art purpose.