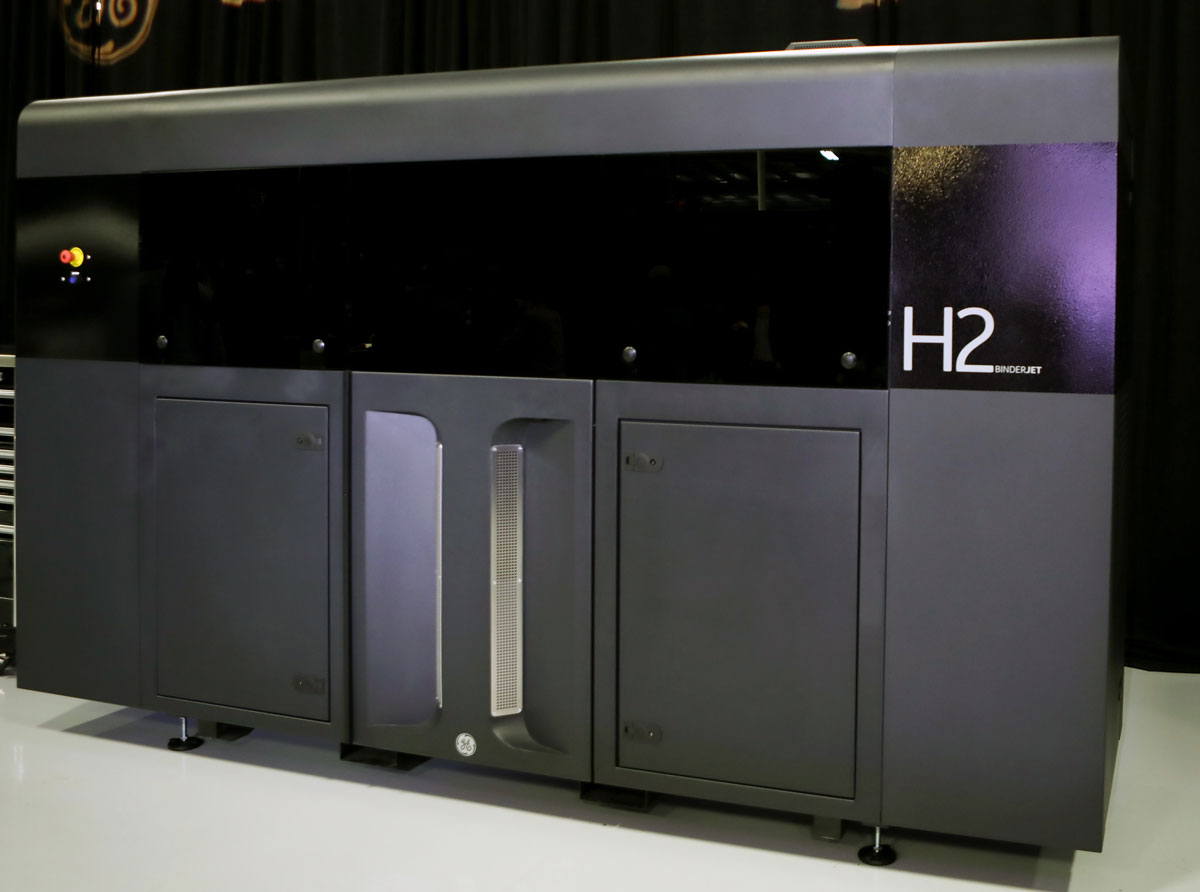 Cummins Inc. (NYSE: CMI) is adding to its additive manufacturing capabilities by investing in a new, high-precision 3D metal printing technology called binder jet. This investment is just the next step in Cummins’ plan to revolutionize its manufacturing processes and accelerate the company’s trajectory toward scaled production in additive technologies.

Binder jetting is a technology where a print head moves across a bed of powder and selectively deposits a liquid binding agent in the shape of the section, bonding these areas together to form a solid part one layer at a time. Depending on complexity of the part or component, the technology can print 60 to 100 times faster than laser-based printing processes.

Cummins’ additive manufacturing strategy is part of the company’s implementation of Industry 4.0, the trend of automation, cloud computing and data-driven technology that some call the “fourth industrial revolution.” The company is initially focusing on printing low-volume parts as it studies how best to use 3D technology in higher volume manufacturing.

“By investing in 3D metal additive technologies from GE Additive, we are investing in Cummins and our customers,” said Tim Millwood, Vice President of Global Manufacturing at Cummins Inc. “This technology has the potential to provide our customers with a quicker, lower-cost production method that ultimately uses less energy, which means we can better serve our customers and reduce our environmental impact.”

Cummins recently sold its first additively manufactured metal part – a low-volume bracket without a current supplier – printed on a GE Additive Concept Laser M2, moving it a significant step closer to fulfilling the potential of additive manufacturing in production. With the addition of binder jet technology, Cummins will be able to additively manufacture medium- to large-sized complex parts, reliably, at high throughput and at a comparatively lower cost.

The company currently has two Concept Laser M2 DMLM machines; one is installed at the Cummins’ Technical Center in Columbus, Indiana and the other, along with two other 3D metal printers, is installed at the large Cummins Research and Development Center in San Luis Potosi, Mexico. With the addition of GE Additive Binder Jet printers, Cummins is now able to focus on its strategy for higher-volume production.

Cummins is a strategic partner for GE Additive, which is quickly scaling its binder jet technology, first into pilot lines, then into a complete, industrialized factory solution – expected to be commercially available in early 2021.

“In early 2019, we launched the beta testing and partner program and deliberately sought out partners and key customers, like Cummins, who are committed to mass production,” said Jake Brunsberg, Binder Jet Product Line Leader. “As Cummins celebrates its 100th year, it remains steadfast in its commitment to being at the cutting edge of innovation. Above all, we want to partner with companies whose businesses and customers will benefit tremendously from binder jet technologies.”

Cummins’ binder jet machines are located at GE Additive’s lab in Cincinnati, Ohio. Teams from Cummins will be co-located at the lab to work on technology development before the machines are relocated to one of its facilities later this year.