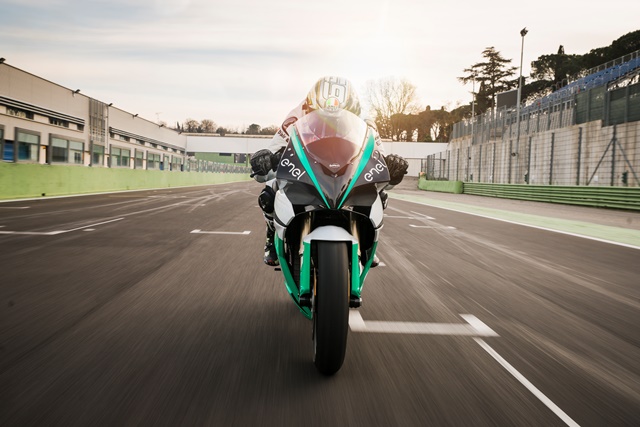 CRP Group is among the key players involved in high-technology in the Motorsport sector. The CRP Group’s know-how is supporting the development of Ego Corsa, the Energica Motor Company’s high-performing electric motorcycle that will be used by racing teams at the FIM Enel MotoE™ World Cup. 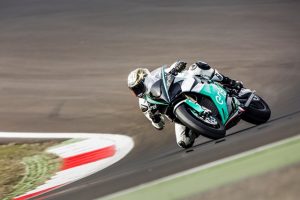 Bikers and enthusiasts will not have to wait until 2019: the 2018 FIM MotoGP™ World Championship will start this week with the Qatar season-opener set to take place on March 18.

It will be an epic date as Ego Corsa will run its first demo lap in world premiere!

The first rider to get on track with the green rocket will be New Zealander, MotoGP Commentator and 500GP winner Simon Crafar.

MotoE™ first demo lap will take place on Sunday, March 18th, at 16:25 so tune on www.motogp.com to watch it live.

Energica, the only manufacturer chosen by Dorna for the FIM Enel MotoE™ World Cup, comes from the heart of racing. The Energica concept came from the eCRP 1.4, the runner-up  World Champion and European Champion electric racing motorcycle. The team made two years of racing then they started working on the road version, Energica.

On the design of the bike has played a key role the CRP Group’s know-how because thanks to the CRP technologies developed for the aerospace and F1, the team were able to shorten the time to market and the timing of the research, keeping the products at the state-of-the-art.

“Our soul is linked to the tradition of Made in Italy that has always identified us in the world.

We are proud to put the signature of an Italian manufacturer on this project that will actually mark the history of international motorsport and that will give the final “push” to the entire automotive market, already committed towards electric.” Said Livia Cevolini, CEO Energica Motor Company S.p.A. and Marketing Director CRP Group “We are ready and fully charged, see you on the starting grid!”