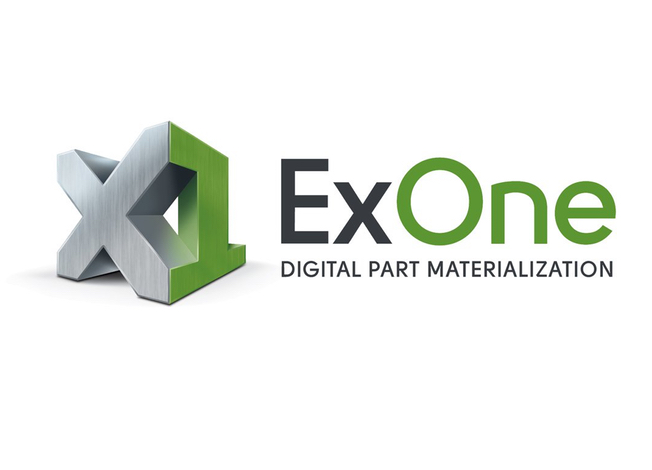 The ExOne Company (NASDAQ:XONE) (“ExOne” or “the Company”), a global provider of three-dimensional (“3D”) printing machines and 3D printed and other products to industrial customers, announced today that it shipped eleven 3D printing machines to customers in the quarter which ended December 31, 2015.

In total, the Company shipped 38 3D printing machines in 2015.  The 2015 machine shipment count is one less than the lower end of its machine shipment guidance.  However, the difference does not impact the Company’s current 2015 revenue guidance of approximately $40 million. 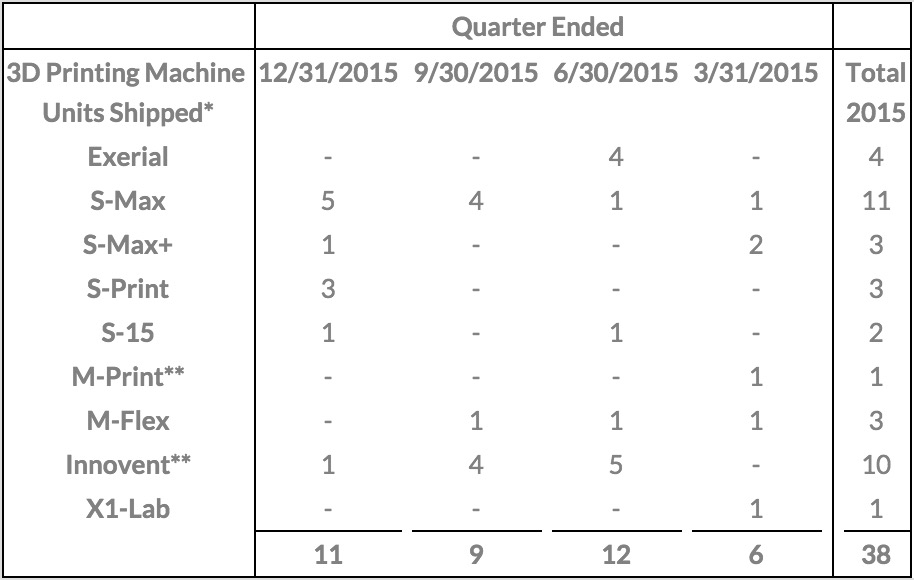 “Backlog was at record levels going into the fourth quarter and remains at high levels as we begin 2016.  We are encouraged by this quarter’s shipments as well as the sales mix which included more high value indirect printing machines.  This quarter’s shipments, combined with a strong backlog, continue to give us confidence in growing customer adoption of our binder jetting technology.”

*The Company believes that machines shipped is an indicator of customer adoption of its 3D printing technology.

Revenue recognition for machines shipped is dependent upon the terms of the specific customer contracts.  The Company will announce its financial results for the 2015 fourth quarter and full year later in the 2016 first quarter.