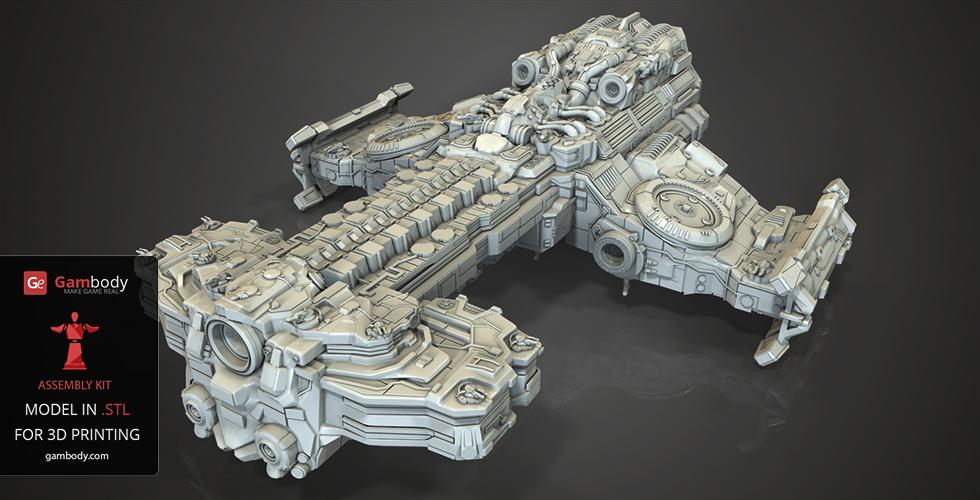 3D printing continues to attract more and more hobbyists, amazed by the possibilities that the additive manufacturing unveils.
Gambody, the premium online marketplace has managed to wow us in the past with its 40-inch long replica of the Star Wars Millennium Falcon, which you can buy here, a workable MechWarrior, which you can find here, and an AT-AT Walker. Recently, one of the designers uploaded the STL files for a 24-inch long Hyperion Terran Battlecruiser.

If you’re a Starcraft 2 guy, you must be familiar with the Battlecruisers. They are sometimes referred to as battleships with a capacity to host 4000-7000 crew members and their equipment.

The Hyperion Battlecruiser is part of the Behemoth class, equipped with burst laser batteries and nuclear warheads while its hull is protected with neosteel armor and energy shields.

The multi-piece, incredibly detailed Hyperion Battlecruiser replica quickly found its target in the person of Sam Fenimore, a Gambody customer, who agreed to be interviewed and to share the pictures of the printed beast with the entire 3D printing audience.

Sam is a regular guy, with 3D printing and modeling skills. He spent his youth traveling and now lives in Taiwan, where he teaches 3D design and printing and 3D prints cool stuff in his free time.

He saw the STL files of the 100-parts Hyperion Battlecruiser on Gambody website and decided to challenge both his 3D printer and his 3D printing skills.

Sam 3D printed the model on a D-Force 400 Delta 3D printer with PLA printing filament. Due to the model’s scale, the printing claimed more than 325 hours and about 4 kg of printing material. 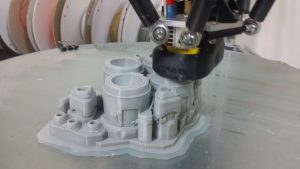 According to Sam, there was no problem with the printing of the STL files and the entire process went smoothly and effortlessly. 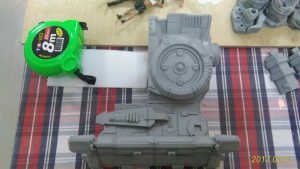 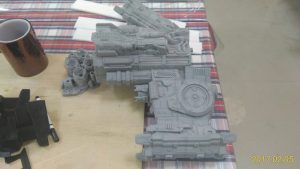 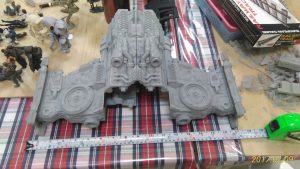 Currently, he is working on priming the model and on adding LEDs for the windows and the engines of the ship. Painting it will follow in due time. 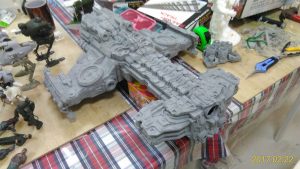 Because of its large scale and the amount of printing material that the model is built from, Sam says the battleship replica is not designed for hanging. But, as 3D printing enthusiasts are pretty creative, we’re convinced that solution in the form of a stand will be found.