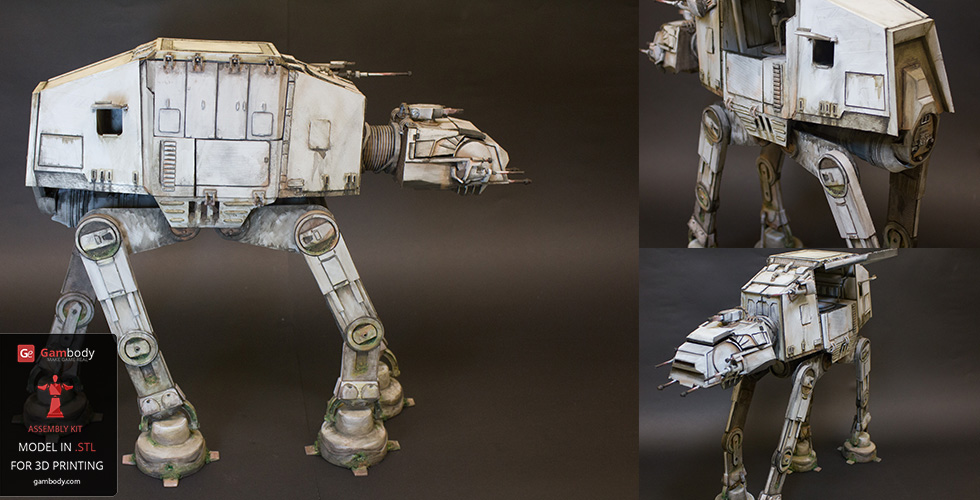 2 days before the release in theaters of the standalone story from the acclaimed Star Wars saga, Gambody is revealing its 3D printed AT-AT walker.

The All-Terrain Armored Transport, or shortly the AT-AT, is used by the Old Republic and the Galactic Empire for ground assault and transportation. The machine is capable of loading and unloading army troops, playing a pivotal role in the combats.

Standing 20 meters tall, the quadruped mechanized vehicle is provided with blast-impervious armor plating and are capable of destroying soldiers, vehicles, and other infantry, while making its way through the fight.

The AT-AT design is inspired by the Paraceratherium, an extinct rhino and the largest mammal in history.

AT-AT is a symbol of the Star Wars movies. The fact that AT-AT 3D model has been now 3D printed and painted, just in time for the release of the new movie is not a coincidence. It is a surprise that Gambody, together with their customer have been preparing for the last couple of weeks.

The AT-AT 3D model for 3D printing is created in Autodesk Maya modeling program. From the start, the 3D modeler decided to create an imposing 3D model of the vehicle. That’s why the 3D printed AT-AT stands now 40cm tall, and almost 50cm wide.

The only thing that made me question the success of the project, when I was modeling it, was that its big size might scare people. I was afraid that they would consider it a complex 3D model to accept the challenge of 3D printing and displaying it in their home. But, it turned out that the size was an advantage for the 3D model”, says Elyiot.

As its first attempt at making a 3D model with a complex structure and assembly, Elyiot’s outcome can be now seen reproduced with the help of 3D printing.

1.5 spools of PLA printing material was used to manufacture the quadruped. That means that the construct weighs about 1.5 kg. Its printing took almost 100 hours, with coffee breaks for the guy monitoring the process, and some night sleep. Another 30 hours were spent to remove support, assemble the 3D model and paint it. 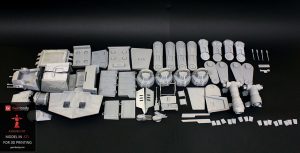 In the end, 75 beautifully 3D printed parts were arranged on the working table. After being cleaned of support and sanded, the parts had been primed and prepared to get a polished look.

The AT-AT 3D model was painted in the colors of the movie quadruped walker, with some special effects of wear and rust. 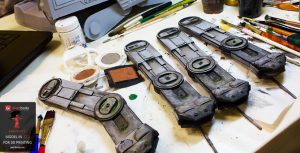 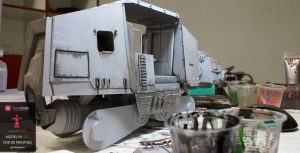 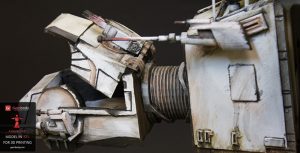 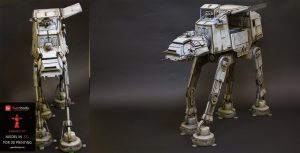 You can watch the entire painting process in the video below.