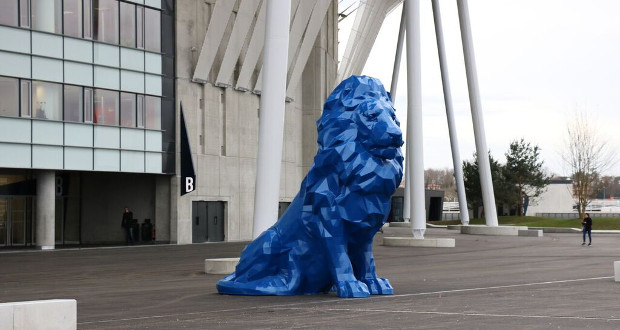 This huge statue was printed by Drawn, a French company which was founded in 2012 and already ran a successful Kickstarter campaign for 3D printed furniture. The secret behind the extensive 3D prints from Drawn is a large industrial robotic arm that was modified to function as an extrusion based 3D printer. Instead of filament, the huge 3D printer uses plastic pellets as a material. This allows for 3D printing bigger parts at an affordable price.

This video shows the 3D printer from Drawn:

And a timelapse of the manufacturing process of the lion: