Scientists at the Wyss Institute of Harvard University have used 3D bioprinting to create tubular kidney architecture that mimics the function of a human kidney.

The current research builds upon the successful results to 3D print thick vascularised tissue, that was viable for more than one month in vitro. In collaboration with Roche scientist Annie Moisan, Jennifer Lewis and her team created a functional 3D renal structure with living human epithelial cells, that line the kidney tubules’ surfaces. It mimics a hollow tube, called proximal tubule, that is an essential part of each of the over one million nephrons in every human kidney. Proximal tubules are responsible for reabsorbing nutrients that are transported back into the bloodstream.

Co-first authors of the study Kimberly Homan and David Kolesky emphasised that the model is more than just mimicking a proximal tubule. It is “a credible in vitro model that functions like living kidney tissue, representing a significant advance from traditional 2D cell culture.”

“The use of functional tissue-like models during pre-clinical studies will provide unprecedented insights into human-relevant drug response prior to clinical development,” added Moisan, Laboratory Head in Mechanistic Safety at Roche and author of this study.

Eventually these models could be used for implants or organ-assitive devices. 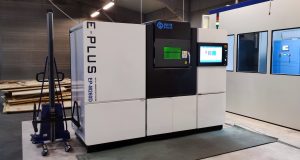