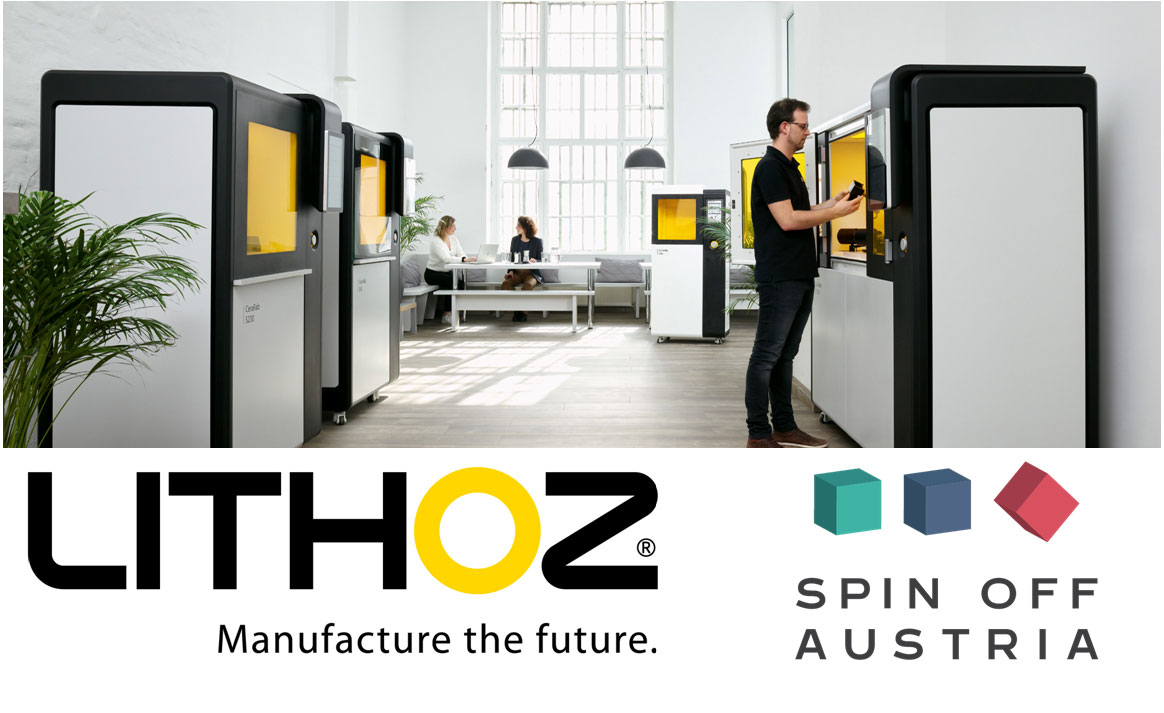 Among a list of successful spin-offs from Austrian universities, Lithoz GmbH has been named as one of the top five companies by the Spin-off Austria Initiative. The initiative, which uses data contributed by universities, universities of applied science and other top institutions, aims to create a comprehensive database of spin-offs for the purpose of tracking and promoting growth in entrepreneurship. Lithoz’s achievement of a top five place among these other significant companies highlights their success in the past ten years since their founding, as well as showcasing their influence on the global market.

Lithoz, who is this year celebrating the ten-year anniversary of its founding, was created as a spin- off from the TU Wien by two students, Dr. Johannes Benedikt and Dr. Johannes Homa. Since then, the company has grown into a global leader with a range of industry-trusted ceramic 3D printers used for various applications, including medical, dental and industrial, and has also developed innovative ceramic 3D printing materials to suit different needs.

The Spin-off Austria Initiative, founded by renowned Austrian investors Hermann Hauser and Herbert Gartner, has the goal of raising awareness that, alongside teaching and research, Austrian universities must make entrepreneurship a third vital mission. Hermann Hauser describes the initiative as having the goal to ‘promote an Austrian ecosystem’ and encourage ‘the creation of 1000 spin-offs by 2030.’