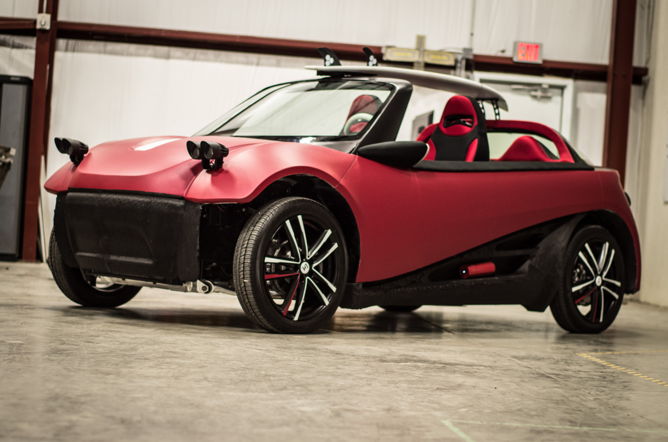 Local Motors explained that they have moved into intensive testing and development phases, that will result in a road-ready fully homologated series of cars built using direct digital manufacturing (DDM), of which 3D printing is a part. The company is supported by thermoplastic material manufacturer SABIC as well as Siemens with their Solid Edge software.

“In the past few months our engineers have moved from only a rendering to the car you see in front of you today,” Local Motors CEO Jay Rogers told the crowd at SEMA. “We are using the power of DDM to create new vehicles at a pace unparalleled in the auto industry, and we’re thrilled to begin taking orders on 3D-printed cars next year.” 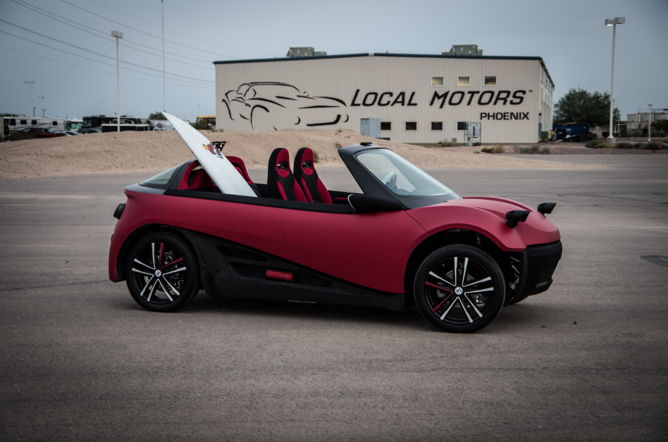 Pre-sales of the cars will start in spring 2016 with a targeted MSRP of $ 53,000, while manufacturing and delivery of the vehicles are expected in early 2017. Several new models in the LM3D series are planned to be released throughout 2016.

All cars of the series will be built at Local Motors microfactory in Knoxville, Tennessee, which is currently under construction and will be completed by the end of the year. The company has also recently partnered with IBM “to create interactions between the microfactory, 3D printed vehicles, their drivers and the outside environment in ways never achieved before.” 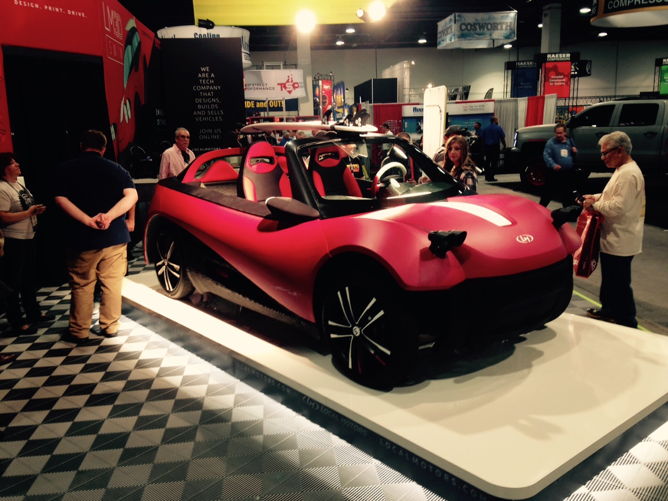