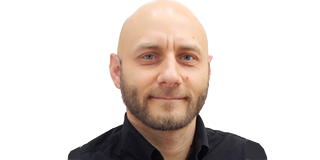 The latest “Opportunities in Low-Cost 3D Printers: Technologies, Materials and Markets 2016” report by SmarTech Publishing indicates that, in spite of significant decrements by the traditional leaders in this area, the low-cost 3D printer market as whole grew both in terms of unit sales and revenues, driven in part by the new “prosumer” segment and enterprise-level adoption of desktop 3D printing. 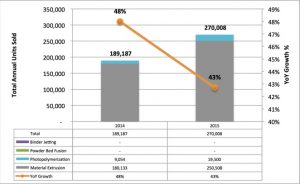 The challenges experienced by industry leaders Stratasys and 3D Systems in the low-cost segment appear to have been entirely countered by a group of younger companies that were able to cater to market demand for reliable 3D printing at accessible prices. This resulted in unit sales for $270,008 in 2015, with a YoY increase of 41% compared to 189,187 in 2014. The higher average unit price of these systems meant that sales grew even more significantly, from $294,000 in 2014 to $371,000 in 2015, with a YoY increase of 59%.

Enter the Prosumers
While low-cost 3D printers are not yet ready to cater to consumer demands, they are ideal in addressing internal prototyping and product development demands by companies and professionals. The “desktops” in “desktop 3D printing” (a term that is generally considered to be interchangeable with “personal” and “low-cost” 3D printing) are those those inside the studios of engineers, architects and medical professionals, rather than those inside the consumers’ homes.

This has resulted in the development (or consolidation) of the new “prosumer” market segment, which includes low-cost systems positioned slightly beyond $5,000 (a price-point which has defined low-cost and personal 3D printing in the first few years of its expansion, primarily within maker and artisan communities). These prosumer 3D printers are, by and large (92%), based on thermoplastic material extrusion technology, even though they are now beginning to include a selection of low-cost photolymerization based systems (8%). Although still very small, the low-cost photopolymerization segment has experienced the most significant growth rate (+116%) in 2015.

Through technological improvements (driven by intense competition) and increased process repeatability, these 3D printers have been able to address the low to medium level prototyping requirements of both small and medium size companies (in some cases even those of large enterprises). They have done this by offering adequate performances at significantly reduced prices, with a widening range of compatible materials.

Leave It to the Pros
Although low-cost 3D printing has proven to be more of an option to augment existing business areas (in product design, architecture or basic tooling), rather than a driver for new businesses, SmarTech does identify one new business segment that has shown a steady overall growth: localized “B2C” (business to consumer) low-cost 3D printing services. 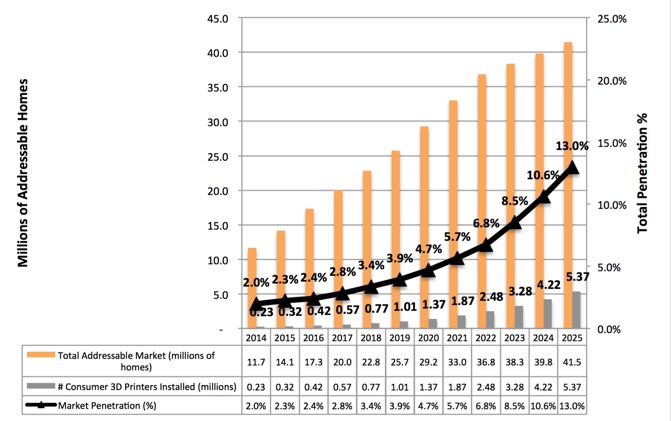 Once again the prime audience for these local businesses is not necessarily the consumer per se, as much as the single professional who has identified a cost-effective use for basic extrusion or photopolymerization 3D printing services. These could be architects and product designersworking on personal projects, as well as makers, inventors and educators. The bottom line is that professionals who uses CAD software in their line of work are likely to benefit from 3D printing at some point, although not to the point where they would invest in purchasing a personal 3D printer.

SmarTech does not anticipate – at this point – a future in which 3D printers will be owned by a majority of the population as a standard household item, the increased availability of high-performance materials for low-cost 3D printers has been and will continue to enable these local B2C 3D printing services to cater to a growing demand for “lifestyle customization” of consumer products. These include toy robot, drones and quadcopters, modification or “mods” of technological devices, as well as sporting accessories in a widening range of disciplines.

A Technological Meeting Point
As thermoplastic extrusion 3D printers evolve to meet the demands of professionals (with a consequent rise of the price point to between $5,000 and $10,000) a new range of low-cost photopolymerization-based systems have started to make their way into this new “prosumer” price range. They include Autodesk’s Ember DLP 3D printer and DWS’s Xfab (both priced at just over $5,000), as well as 3D Systems’ Projet 1200 ($4,900) and, in the “original low-cost” (sub-$5,000) range, Formlabs’ Form 2.

Over the course of 2015 and early 2016 a few notable systems based on alternative technologies have also begun to populate the prosumer range. These include mcor Technologies’ ARKe laminated object manufacturing 3D printer (currently the only low-cost system with full color capabilities), and MarkForged Mark One (and Mark Two) for carbon fiber composite manufacturing. Both are priced between $5,000 and $10,000.

According to SmarTech, while the low-cost 3D printer market is currently almost entirely populated by thermoplastic extrusion systems, However it is destined to grow to encompass other technologies that are currently only available for professional and industrial grade 3D printing, such as binder jetting and polymer powder bed fusion/sintering. 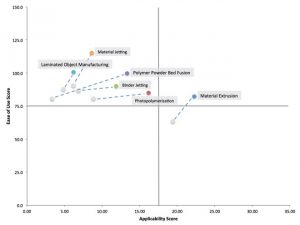 The shift has alreadybegun: In 2015 Italy’s Sharebot, Poland’s Sinterit and Switzerland’s Sintratec have presented sub $40,000 SLS systems that are now close to commercialization. The French giant Prodways recently presented its first $100K SLS system (powered by Farsoon technology). On the binder jetting front, China based Addwii has presented a sub $40,000 full color binder jetting system while 3D Systems is still toying with the idea of entering the low cost market with its own market leading technology.

All these dynamics may soon live through a significant acceleration with the official market entrance by HP and the IT’s giant stated intention to make 3D printing a strategic priority. Its ultra fast MJF technology is affordable, highly scalable and – together with its open materials policy – may fuel a significant push in product, process and materials innovation. Its effects on the low-cost 3D printing market are not clear at this point but they are going to be closely monitored and will certainly be seen in SmarTech’s future reports.