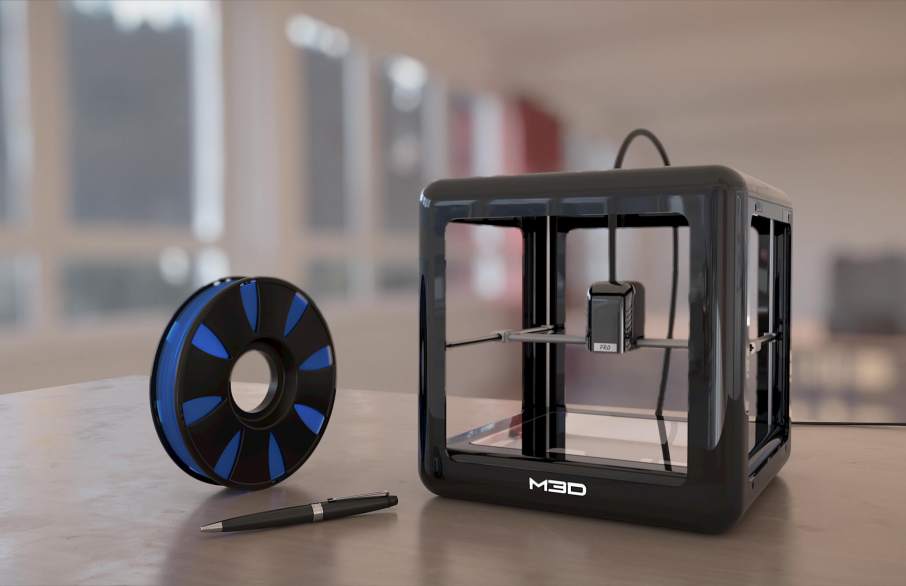 June 22nd 2016 – With the advanced professional version, the M3D team has tackled some of problems that users experienced with The Micro. It offers a more reliable 3D printing experience at a faster printing speed of 60 mm/s (travel speed 120 mm/s). While the printer is now equipped with a tempered-glass heated print bed for better adhesion, the build volume has been increased to 18.3 x 18.3 x 19.8 cm (7.2 x 7.2 x 7.8 inches) to print objects with an accuracy up to 350 microns. The Pro version also features a number of sensors as well as two ARM-core processors, improving the overall printing experience.

“The M3D Pro represents a new benchmark in product development in our industry. We’ve designed the Pro to have all of the capabilities of a commercial printer at a cost consumers want. It’s the natural next step for the industry, transcending the limitations of casual use and allowing users to create more practical, everyday objects—whether it’s a customised print to add that finishing touch to a cosplay outfit, printing out a difficult-to-source part for a budding DIY project, or everyday household goods.”

The updated device comes with its own free software that will automatically start printing and transfer jobs to an internal memory chip when using the stand alone mode. Compatible with their proprietary as well as third party filaments of 1.75 mm in diameter, it can process materials at a temperature of up to 270°C.

Yesterday M3D kicked of the Kickstarter campaign for the M3D Pro. Overnight backers spent more than 280.000$ for preorders. That means all early bird specials are already gone. You can still preorder the M3D Pro for the Kickstarter price of 499$. The planned deliveries will start as early as January 2017.