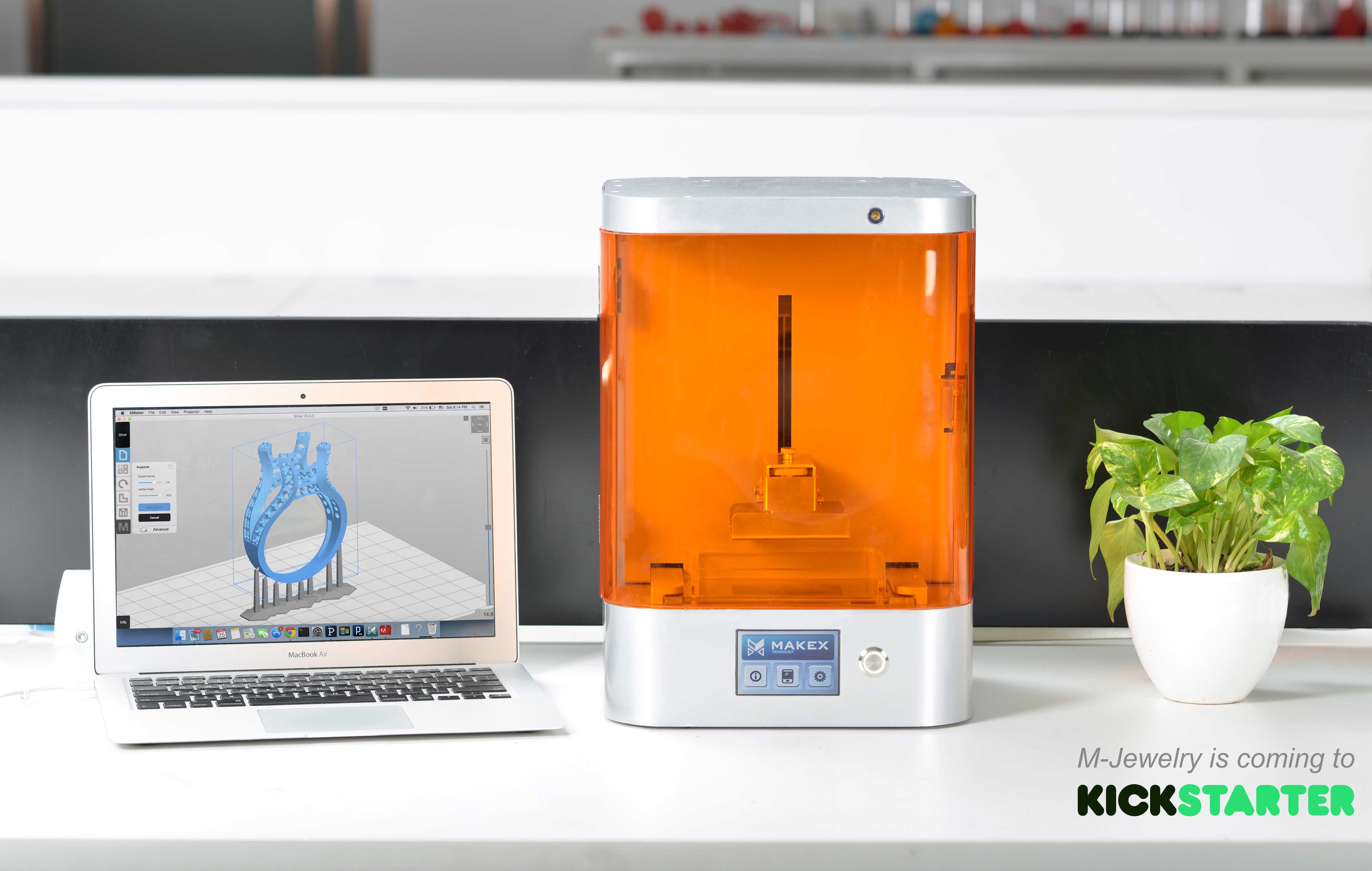 After running a successful Kickstarter campaign for their M-One 3D Printer in 2014, Makex returns to the crowdfunding platform to finance their M-Jewelry UV-LED 3D printer.

And that happened in just three days. Now the company has reached more than 100.000$ in funding from supporters and sold more than 40 3D printers. The new M-Jewelry comes in two variations.