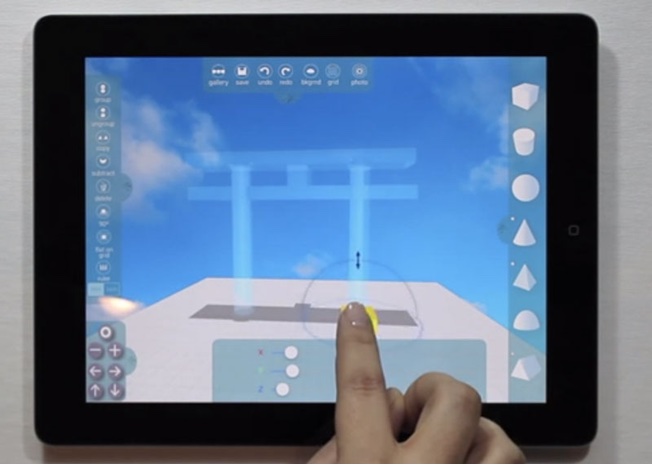 Morphi, the 3D modelling and design App for the iPad, allows anyone to create printable 3D models on the go using touch. Users can explore libraries of 3D shapes, text and colors and create 3D printable objects with basic but powerful tools.

December 29, 2014: Models can be shared on Thingiverse and exported by email in .STL format for uploading to 3D printers using third-party slicing software or for printing through 3D printing services.

The iOS 8 version Morphi 2.0 contains many new features and upgrades including:

The app is available for free download with additional features for in-app purchase. As an evolving platform, more shapes, text, colors and tools will be offered in the future to expand the design possibilities. A version for Android tablets is still in development but coming soon.

Morphi v2.3 for iPad/iPad mini can be downloaded here for free.

Updates for the Morphi and MorphiEdu App have been released and are now available on the App Store. The new features include a “Record Screen” button for recording and sharing videos of 3D model making in Morphi as well as an “Intersect” button for making unique 3D shapes out of intersections of shapes.

New features for iOS along with the release of an Android, Mac and Windows version are to come in 2016.

Morphi has released a new version of the popular modelling app featuring tools for greater functionality. These include

Moreover, existing tools have been refined and now feature