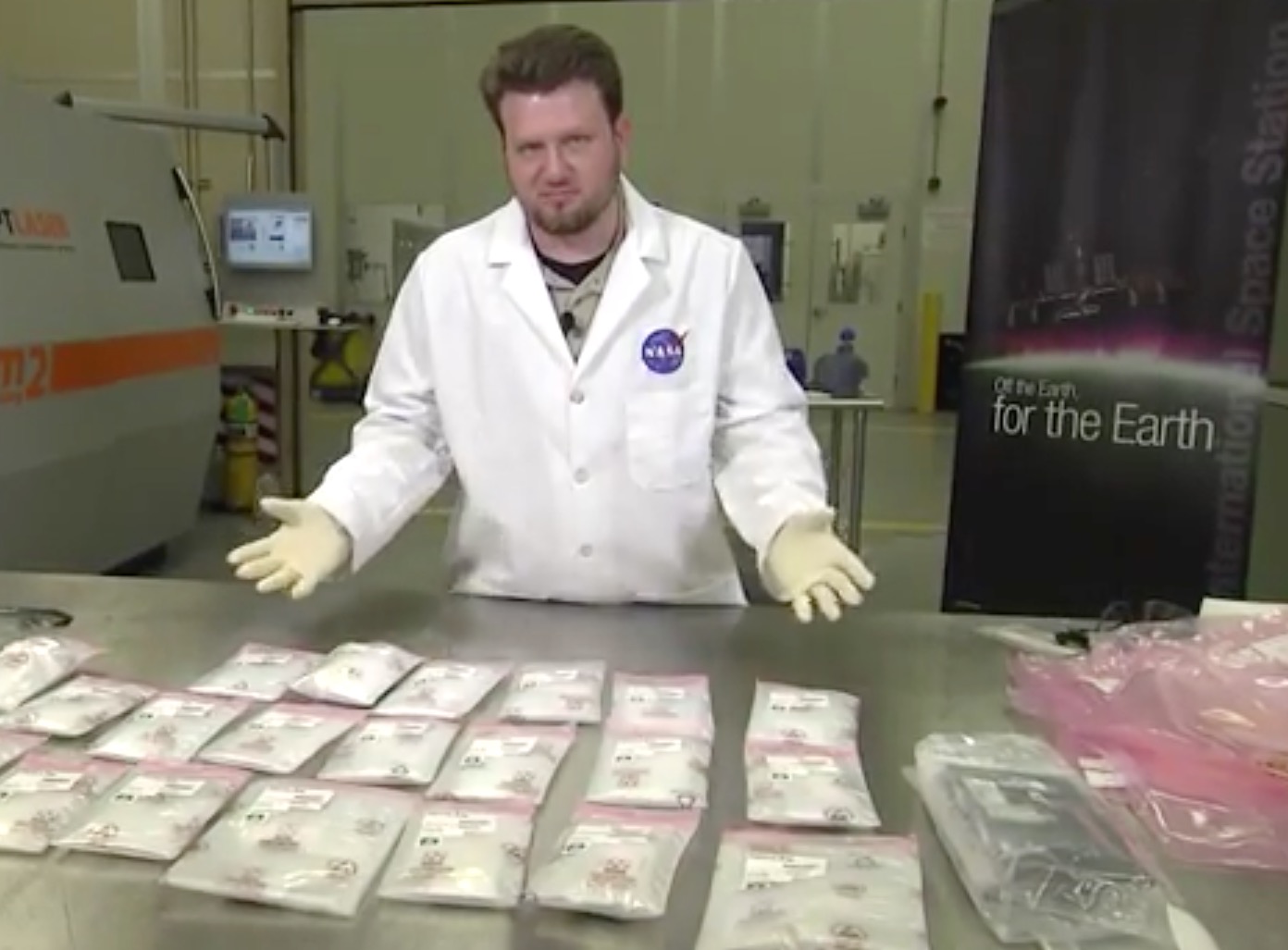 The 25 parts 3D printed by the Made in Space printer installed on the ISS returned back to earth in the SpaceX Dragon shuttle back in February.

Now engineers at NASA’s Marshall Space Flight Center in Huntsville, Alabama, have unboxed these items for further inspection and testing. Additionally to 3D scanning the objects and comparing them to the original 3D models, they will be tested on their strength and durability.

The 3D printer developed by Made in Space will meanwhile stay at the International Space Station. The California based company worked with NASA to build and operate the printer, which will be available in a next-gernation version for both commercial and government users.

Watch the following video to see Quincy Bean, the principal investigator for the space station printer, unbox the items: