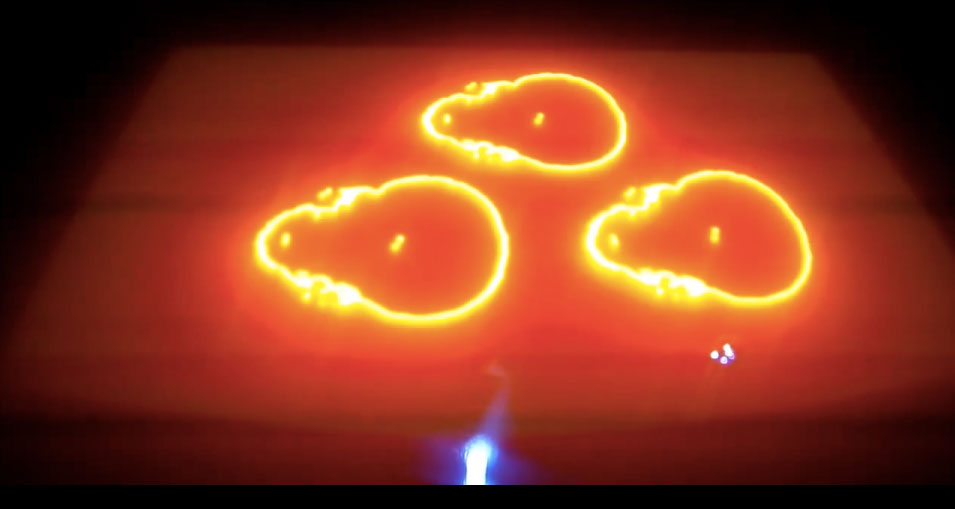 26nd March 2015 – It uses a the Direct Light Processing (DLP) technology, which solidifies and fuses liquid resin into a solid 3D object with the aid of a projector. The only difference to the existing technology is, that Gizmo 3D’s prototype doesn’t pause at each layer, but works in a fluid process.

Founder of Gizmo 3D, Kobus Toit, calls the process “animated printing”, referring to the light exposure which is played as an animation. Additionally, objects are printed top-down, compared to traditional bottom-up DLP technology. However, Toit does not want to reveal to much about the actual technology before the official launch on Kickstarter.

Check out the following video, where a 30 mm object is 3D printed in just 6 minutes:

The fast 3D printer from Gizmo 3D will be available for pre-order on March 1st through Indiegogo. The 3D printing process from Gizmo utilises DLP as a basis for their printers.

And one of the first beta testers for the fast Gizmo 3D gives a very detailed feedback:

A detailed view of the 3D printer itself:

The long-awaited Gizmo 3D printers are hitting Indiegogo. You can pre-order the different sizes of 3D printers now. The team of Gizmo wants to start delivering the 3D printers as early as September 2016.

The build volume varies for the many options. You can choose the build height from many different options. The ground area is 200x113mm.

It should be noted that the super speed add-on with a projector will set you back another 2,600$.