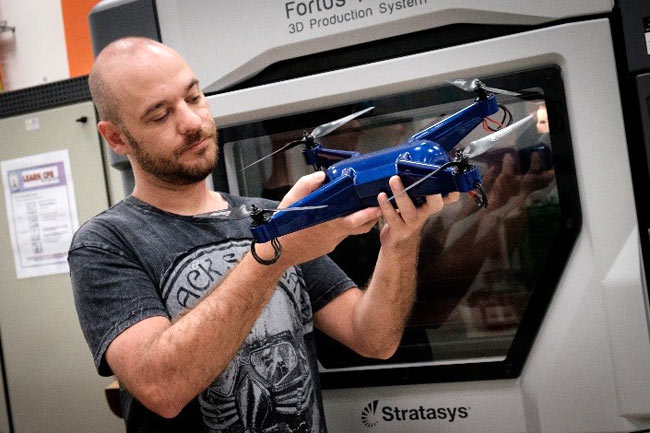 The electronics were incorporated in the drone during the 3D printing process which employs Stratasys ULTEM™ 9085 – a high strength, lightweight FDM material certified for use in commercial aircrafts.

The drone is jointly developed by NTU’s Singapore Centre for 3D Printing (SC3DP) and Stratasys Asia Pacific, a subsidiary of Stratasys, a 3D printing and additive manufacturing solutions company.

How the Flight-Ready Drone was Built

The drone — a quadcopter with four rotors — was designed, 3D printed and flown by Mr Phillip Keane, an NTU PhD candidate from the School of Mechanical and Aerospace Engineering who researches at SC3DP.

In 3D printing, objects are created digitally layer by layer until completion. However, embedding electronics can be a challenge, as most will not survive the high temperatures of the 3D printing process.

Commercial grade electronics were therefore modified and placed within the drone at the various stages of the printing process. They survived the high temperature printing which reached over 160 degrees Celsius, compared to the usual 80 to 100 degrees. Only the motors and the propellers were mounted after the entire chassis was completed.

Mr Keane said: “One of the toughest challenges was to find electronic components that could theoretically survive the high temperature printing process — we had to add some heat-proofing modifications to the components to ensure they could last. This involved adding new components to the printed circuit boards and also designing custom housings.”

The drone was completed in under 14 hours. During the printing, there were just three pauses for the electronics to be placed within the chassis.

“The housings which were pre-printed in ULTEM 9085 also provide a flat surface for the 3D printer to continue printing over them. I also had to deal with tight time constraints as some of the components could not survive in the heat for more than 20 minutes.”

In addition to being extremely rugged, the drone is capable of supporting over 60kg of weight suspended from its structure. Moving forward, Mr Keane said he is working on the next version of the drone which will feature better durability, lighter weight and improved flight dynamics.

Professor Chua Chee Kai, Executive Director of NTU’s SC3DP said that this is a successful example of disruptive innovation that can be achieved when researchers from academia work with industry partners.

“At NTU, we have world leading researchers with vast knowledge of materials and 3D printing processes whohave invented innovative techniques to overcome the limitations of existing technologies,” explained Prof Chua, the world’s most cited scientist in the field of 3D printing according to the Web of Science, a research database maintained by Thomson Reuters.

“Together with Stratasys’ engineers and their intimate knowledge of 3D printing, we were able to push the limits of today’s technology and print a drone that is incredibly durable and can withstand high heat.”

ULTEM 9085 is a production-grade thermoplastic that can be 3D printed and is prized for a high strength-to-weight ratio and FST (flame, smoke and toxicity) rating, making it ideal for the commercial transportation industry, especially aerospace.

Professor Louis Phee, Chair, School of Mechanical and Aerospace Engineering at NTU, said that unmanned aerial vehicles (UAV) are a major research thrust at the school. “Being the first university in Singapore to offer an Aerospace Engineering degree programme, we have been successful in attracting the brightest students to work with our professors to push the frontiers of drone technologies to cater to Singapore’s unique needs and requirements. In the near future, I expect to see more exciting new drone technologies from NTU that will be translated into real applications.” 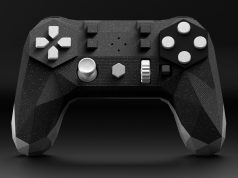 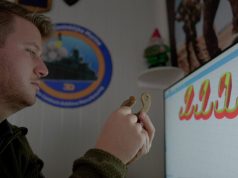