Rosotics, innovators in additive manufacturing, announced $750,000 in pre-seed funding led by Draper Associates. The company’s hyper-efficient, proprietary 3D printing process, Rapid Induction Printing, requires significantly less energy and fewer material resources than current methods to produce a high-quality product, while also allowing for much larger prints than have ever been possible before.

This round of funding also featured participation from Correlation Ventures, Vibe Capital, and Sequoia Capital, bringing significant aerospace heritage and deep-tech experience to the mission. Rosotics is currently working with the aerospace industry as it rolls out its technology.

“We hold the belief that the most natural and effective way to 3D print metal involves induction. Many metals conduct electricity and we can use that to our advantage, instead of adding incredibly inefficient and even dangerous hardware into the loop. Since our approach does away with the laser, we can even widen the nozzle and put down more material per hour.” says Founder and CEO Christian LaRosa, a former aerospace engineer.

Rosotics’ proprietary printing system, called ‘Mantis,’ is designed to fold up like origami, allowing it to be easily packed and transported. Inspired by nature, Mantis gets its name from the insect world, with arms that unfold and stretch, allowing for larger 3D prints than ever before. When

fully deployed it can print items larger than any other 3D printer to date. In fact, Mantis (Generation 1) will be capable of printing from 1.5m (5′) up to 8m (26′) in diameter, and up to 9m (30′) in height in aerospace-grade aluminum and steel. The system is purpose built for the materialization of large-scale 3D printing across a wide range of applications, including on-site manufacturing.

“Additive manufacturing has been with us in the mainstream for well over a decade and has revolutionized the manufacture of metallic complex parts like those found in rocket engines,” said Jim Cantrell, Co-Founder of SpaceX, Phantom Space. “The physical scale of such parts, however, has been limited to well under a meter and this new technology is needed to extend this revolutionary manufacturing technique to much larger structures. Rosotics is doing just that.

Their new approach to additive manufacturing combines robotics and 3D-style printing into one unit that in essence has no scale limitations. This capability, in the long run, will revolutionize the manufacturing of metallic structures in ways that we cannot even imagine today. Rosotics is building the future of manufacturing right in my Arizona backyard and I am very proud to be advising them, and to use their capabilities in my aerospace and automotive enterprises.”

Rosotics is tackling the monumental task of revolutionizing metal additive manufacturing in a set of pristine hangars at Falcon Field Airport in Mesa, Arizona. The facility, which is fit for advanced rocket manufacturing, sits in the heart of a community of aerospace innovation, including giants like Boeing and Virgin Galactic, the latter having recently chosen to build its next-generation spacecraft SpaceShip III nearby.

“The beautiful thing is that although we are starting in aerospace, our vision is that we will soon be able to create some part of everything. Mantis is just the beginning, and as our process becomes more dynamic there will be no size limit to what we can build and where we can build it. And we’re humbled to have earned the nickname ‘baby SpaceX’ from our peers in the area.” says Austin Thurman, COO, who met LaRosa while they were both studying at Arizona State University.

“Rosotics makes the largest metal 3D printers in the world and they will fundamentally change aerospace manufacturing forever. Their proprietary process, Rapid Induction Printing, allows customers of the company to easily iterate and produce novel vehicles for space and transportation,” said Tim Draper, founding partner of Draper Associates. “We at Draper Associates are thrilled to be part of their journey.”

While interest in Rosotics’ efficient, portable 3D printing solution is high in the aerospace sector, industries such as construction, marine, and energy will also benefit from the new technology. 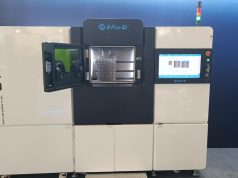 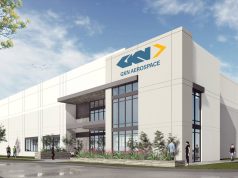 GKN Aerospace relocates AM center of excellence to Fort Worth, Texas 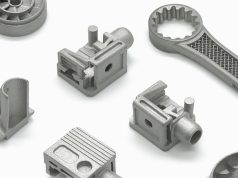 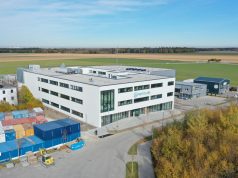 Protolabs authorises further stock repurchase in the amount of $50 million 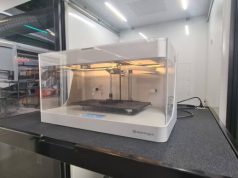 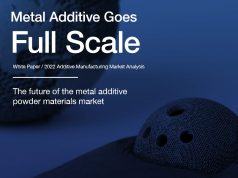 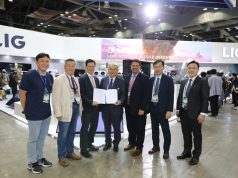 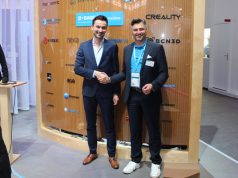 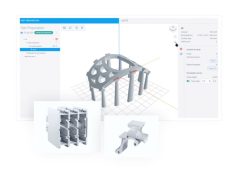 Formnext 2022: The highlights in the finishing of metal AM parts 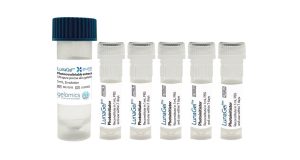 Nov 22, 2022
We use cookies to ensure that we give you the best experience on our website. If you continue to use this site we will assume that you are happy with it.OkRead more