Together with experts from EPFL and ETH Zurich, an Empa team is researching the next generation of a VR glove that will make virtual worlds tangible in the metaverse. The glove is to be customised to the user and can be produced largely automatically – using a 3D printing process.

Sometimes newly developed materials also fall victim to a functional test. Empa researcher Patrick Danner has just experienced something like this – and filmed it too.

“When I applied a good 2000 volts to the sample, it caught fire,” he reports dryly.

The mishap is clearly visible in his mobile phone video: First it smokes, then flames burst out of the experimentally created plastic.

“Hopefully you were able to save a piece of it,” replies Dorina Opris, head of the research group “Functional Polymeric Materials”.

A piece of evidence is important to learn from the result and draw conclusions.

With their research on electroactive polymers, Opris and Danner are part of a large-scale project called “Manufhaptics”. The goal of the four-year project led by Herbert Shea from the EPFL’s “Soft Transducers Lab” is a glove that makes virtual worlds tangible. The decisive factor here is that all components of the glove that exert various forces on the surface of the hand should be able to be produced in a 3D printer. So this is about researching new materials where the production method is thought through from the outset.

In order for virtual surfaces to feel real and for objects to be tangible in the right size, the research teams from EPFL, ETH Zurich and Empa want to integrate three different types of actuators into the glove: On the underside of the fingers, nubs can grow up to imitate a certain texture of a surface. In the area of the finger joints, electrostatic brakes are mounted that stiffen the glove and block the joints. This simulates larger, solid objects that offer resistance when touched. The third type of actuators that complete the virtual experience are called DEA, short for dielectric elastic actuators. These DEA are used on the back of the hand; they tighten the outer skin of the glove so that it fits perfectly in all places. During the VR experience, they can also exert pressure on the surface of the hand. DEA are Empa’s sub-project.

Artificial “muscles” from the 3D printer

Dorina Opris, the head of the research group, has years of experience with such electroactive polymers.

“These elastic polymers react to electrical fields and contract like a muscle,” explains the researcher. “But they can also serve as a sensor, absorbing an external force and generating an electrical impulse from it. We are also thinking of using them to generate energy locally: From movement, electricity can thus be generated everywhere.”

The Manufhaptics project presents the researcher and her colleague Patrick Danner with new challenges.

“So far, we have produced our polymers with the help of solvents by way of chemical synthesis,” explains Opris.

Now everything has to work without solvents: The plan is to superimpose up to 1000 fine layers from the 3D printer, always alternating between the electroactive polymer and a current-conducting layer.

“Solvents must be avoided in such a production method,” says Opris.

And Patrick Danner explains the next difficulty: the two different inks needed for this must have the exact consistency to flow out of the 3D printer’s nozzle.

“Our project partner Jan Vermant from ETH Zurich wants something with similar properties to a hand cream. It should come out of the printer easily, and then remain dimensionally stable on the base.”

And after that, this “creamy” layered structure still has to cross-link to form the right polymer. After a long series of experiments, Danner found a promising formulation – a cream that is liquid enough and at the same time dimensionally stable, and from which electroactive polymers can be created in a single step. His colleague Tazio Pleji at ETH Zurich, a member of Jan Vermont’s research team, has successfully processed the material in his 3D printer into several layers – always alternating between polymer and electrode material. There are not yet 1000 layers, but only about 10, and the “artificial muscle” from the 3D printer does not yet function satisfactorily.

The competition is at Harvard

But Opris and Danner are confident of mastering the task together with the printing specialists at ETH Zurich – possibly as the first research team in the world. The only scientific competitors in this field are at “Harvard University” in Massachusetts. “I know the colleagues there from some congresses,” says Dorina Opris. “We observe very closely what they do. And they certainly observe our work as well.”

Find out more about EPFL at epfl.ch. 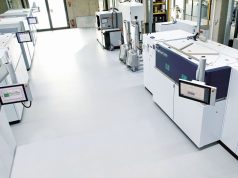 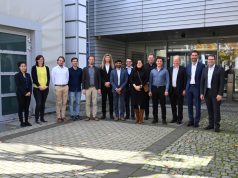 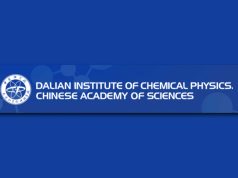 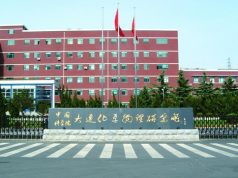 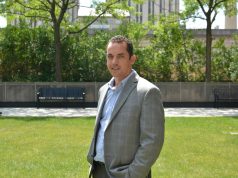 Improving functional materials with the help of 3D printing 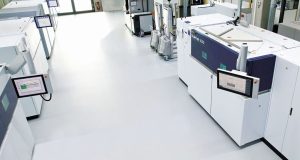 Nov 15, 2022
We use cookies to ensure that we give you the best experience on our website. If you continue to use this site we will assume that you are happy with it.OkRead more