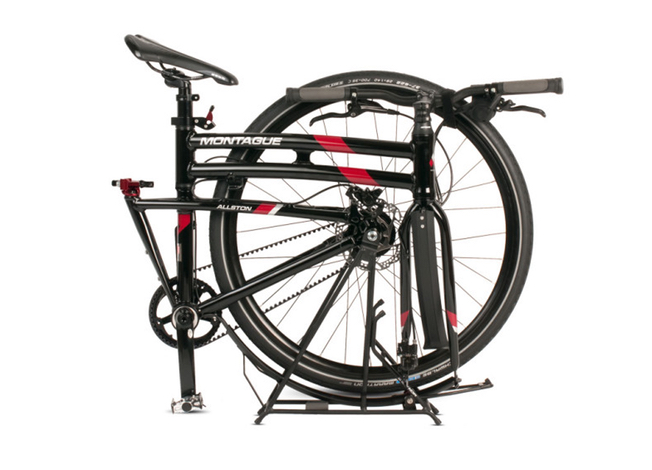 Focusing on products that have been developed from the ground up by themselves, the company shortens lead time from concept to product testing using 3D printing technology. While printing required prototype parts in plastic first, Montague Bikes turns to Shapeways’ 3D printed Aluminium material at a later stage in order to test the design.

“Most of the quality bicycles and accessories sold in our industry are made of aluminum,” explains Mark Walker, head of research and development at Montague Bikes. “Having the ability to print in aluminum has been tremendous because it accelerates our path to production. It allows us to test the function of new designs without either the long lead time of traditional metal prototyping or the inherent weakness of 3D-printed plastic. In addition, in some cases we’ve welded printed aluminum parts to existing bike frames, something you can’t do with other 3D-printed materials.”

Before the technology was available to them, Montague Bikes used to CNC complex parts, which would often take months before finding out a lot of times that they did not quite fit. Being able to 3D print the parts speeds up the processes immensely.