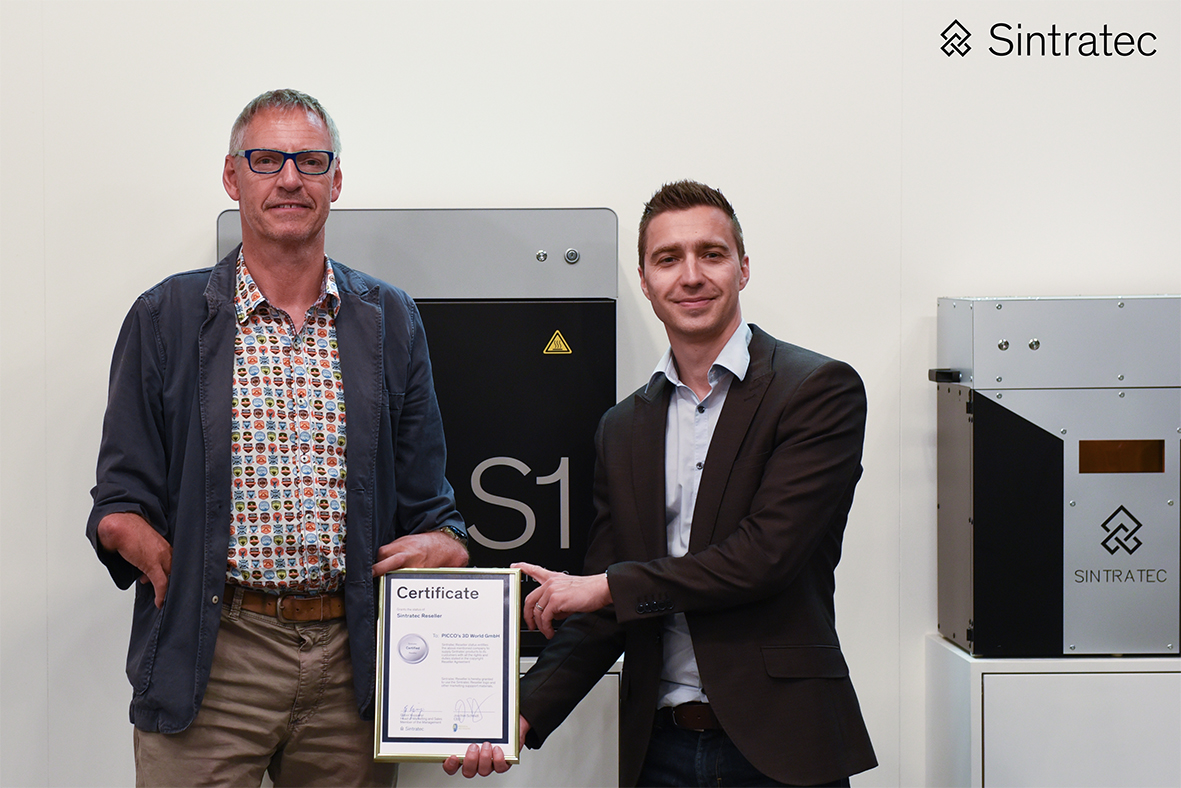 Picco’s 3D World is Sintratec’s first distribution partner in Germany. As full-service 3D provider, Picco’s 3D World has been using Sintratec’s SLS 3D printers for some time. But now the Deggendorf-based 3D expert has become the official reseller for Sintratec on the German market. With this move, Sintratec is continuing to expand their sales network.

Brugg, 19 June 2017 – Sintratec AG appoints Picco’s 3D World as their official distribution partner for Germany. This step is part of Sintratec’s sales strategy which has been successfully implemented since the beginning of the year.

Established in 2014 as part of the Picco Group, Picco’s 3D World concentrates fully on the 3D technology and offers a number of different 3D printers and accessories such as 3D scanners as well as 3D courses, events, consulting and a 3D printing service. The company wants to make professional 3D printing accessible to SMEs, components manufacturers and small-scale companies – a mission which Sintratec has also pursued from its start. For this reason, the two companies have already been working together for some time. Picco’s 3D World has already exhibited Sintratec printers several times at trade fairs and the Sintratec S1, the latest Sintratec model, has recently become available for demonstrations and purchase at Picco’s showroom in Deggendorf, Germany.

“The Sintratec S1 has allowed us to extend our range of SLS technology and to offer our customers an even more personalised service. Selective laser sintering is very much in demand with research and development departments in the industrial sector and with small and medium-sized manufacturers of prototypes and products in low volumes. We are delighted to have won Sintratec’s confidence,” says Joachim Schmidt, Managing Director of PICCO’s 3D World GmbH.

“Sintratec is absolutely certain that Picco’s 3D World is the right partner for Germany. The passion which Joachim Schmidt and his team bring to advising and supporting their customers is fully in line with the Sintratec philosophy,” says Gabor Koppanyi, Head of Marketing and Sales at Sintratec.