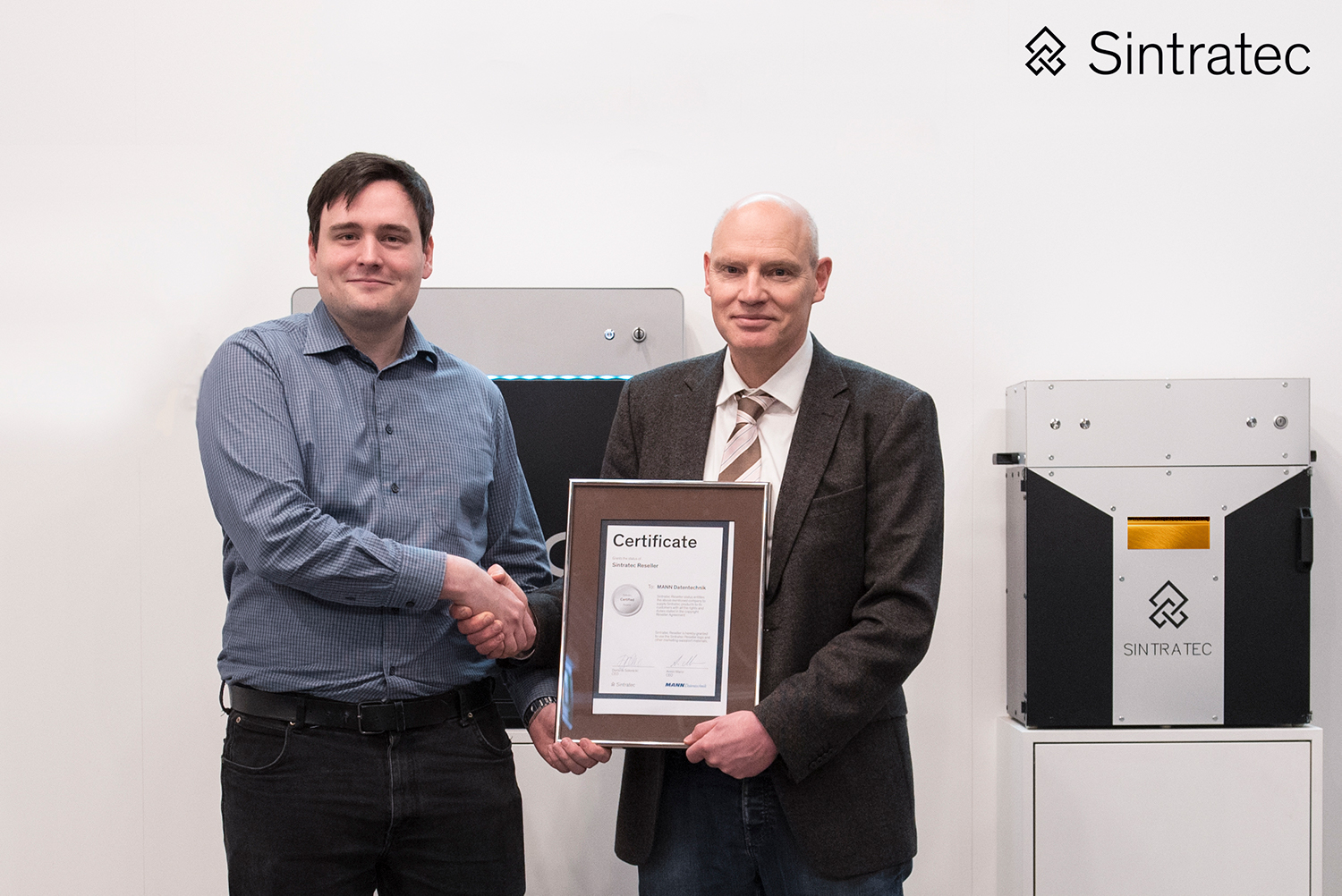 With MANN Datentechnik Sintratec has an additional reseller in Germany. The service provider sells Sintratec’s compact SLS 3D printers via its 3D printing online store now and takes over the local consulting and support service.

Brugg, 14 May 2018 – Sintratec, the leading 3D printer manufacturer for compact SLS 3D printers, expands its reselling network as part of its global sales strategy and therefore cooperates with the German company MANN Datentechnik.

MANN Datentechnik specializes in custom solutions and the optimization of the process chain of companies. The service of the German company includes software and hardware consulting, sales and implementation of products as well as technical support and courses. By adding the Sintratec S1 and the Sintratec Kit to its product range, MANN Datentechnik expanded its portfolio to the much demanded SLS technology and completes its existing 3D printer offering in FFF (Fused Filament Fabrication) systems.

“With this cooperation, we can offer Sintratec interested parties in Germany shorter delivery times, fast professional advice and on-site technical support. With the inclusion of the Sintratec devices in our portfolio, we supplement our range with desktop SLS systems. The Sintratec 3D printers are perfect for cost-effectively learning SLS technology and integrating it into existing operational procedures,” says Armin Mann, owner of MANN Datentechnik.

Dominik Solenicki, CEO of Sintratec AG adds: “Our systems are ideal for a low-cost introduction to laser sintering technology. In particular, the Sintratec Kit is well suited as a test and learning machine for a broad target group due to its kit format. The nomination in the category “Personal 3D Printer of the Year” at this year’s “3D Printing Industry Awards” confirmed this once again. We are pleased to have found an experienced partner in MANN Datentechnik, which expertly looks after the Sintratec prospects on site.”