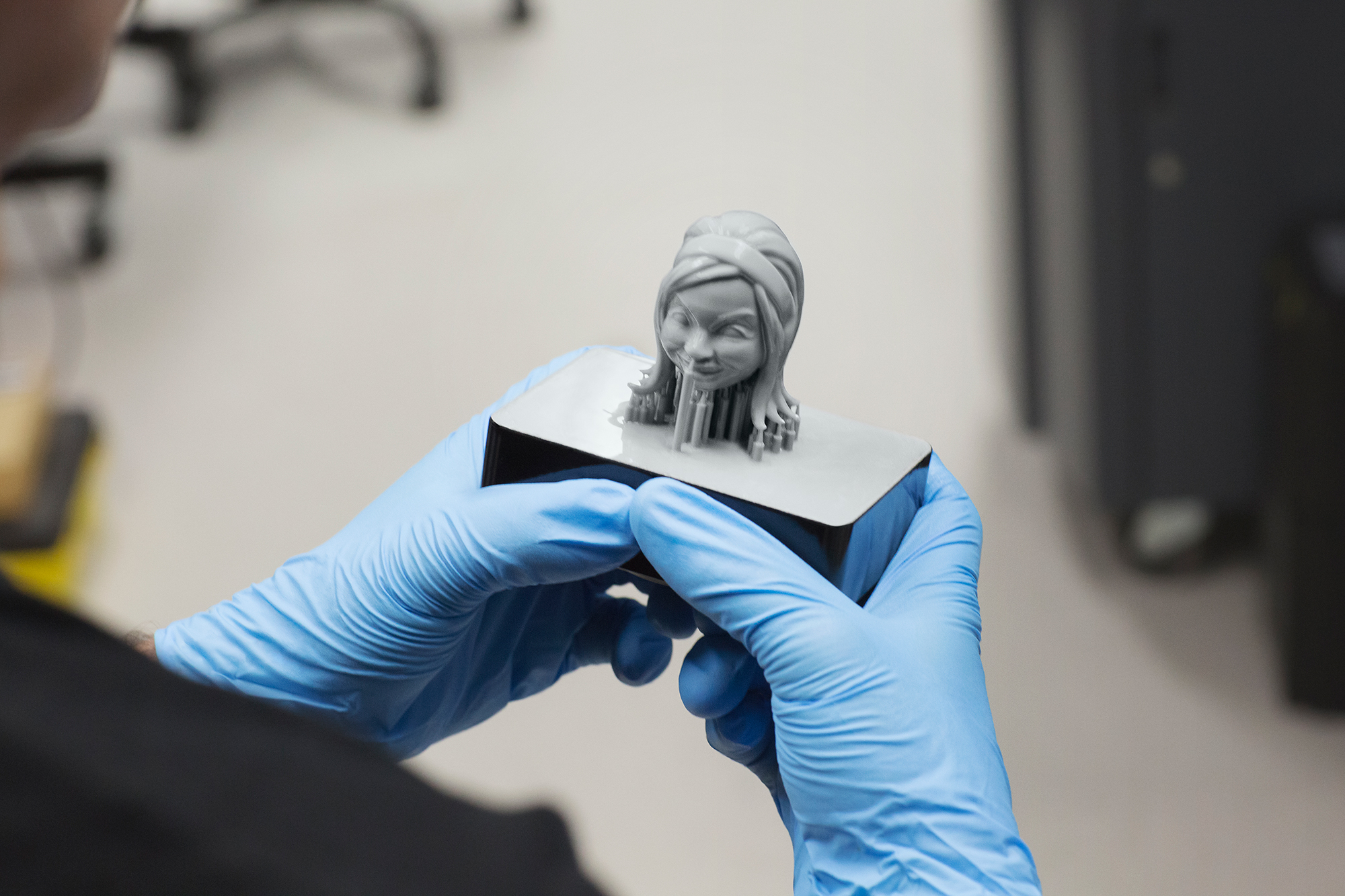 Legacy Effects is one of the most interesting effect studios in Hollywood. The company is behind the makeup and effects of some of the greatest movies.

Terminator, Godzilla, Jurassic Park, Iron Man and the Averngers are just a few of the films Legacy Effects worked on. Since a few years the company has also been using 3D printing for making their props much easier and faster.

Now Carbon3D announced that Legacy Effects will be one of their early access customers to test the CLIP technology.

“IN THIS INDUSTRY, YOU WANT TO BELIEVE EVERYTHING YOU HEAR, BUT YOU HAVE TO PULL BACK AND ASK MORE QUESTIONS. WHAT REALLY ATTRACTED ME EVEN MORE TO WORKING WITH CARBON WERE THE QUESTIONS THEY ASKED ABOUT ME AND MY WORK FLOW-THEY REALLY CARED ABOUT SOLVING OUR PROBLEMS – IT WAS A BREATH OF FRESH AIR.”

The CLIP technology promises better and smoother surfaces than other 3D printing technologies at a much faster speed. So there is more time spent on designing and less on post processing.

“CLIP ALLOWS US TO DO WHAT WE DO BEST: FOCUS ON ART. I CAN LET MY CREATIVE HANDS WORK WHERE THEY DESERVE TO BE CREATIVELY. THAT’S HUGE. I’D RATHER USE MY TALENT IN AREAS WHERE THEY’RE OFF EXPLORING RATHER THAN GOING BACK AND CLEANING UP PROTOTYPES.”

In this video Legacy Effects shows how 3D printing is of use for the film industry: