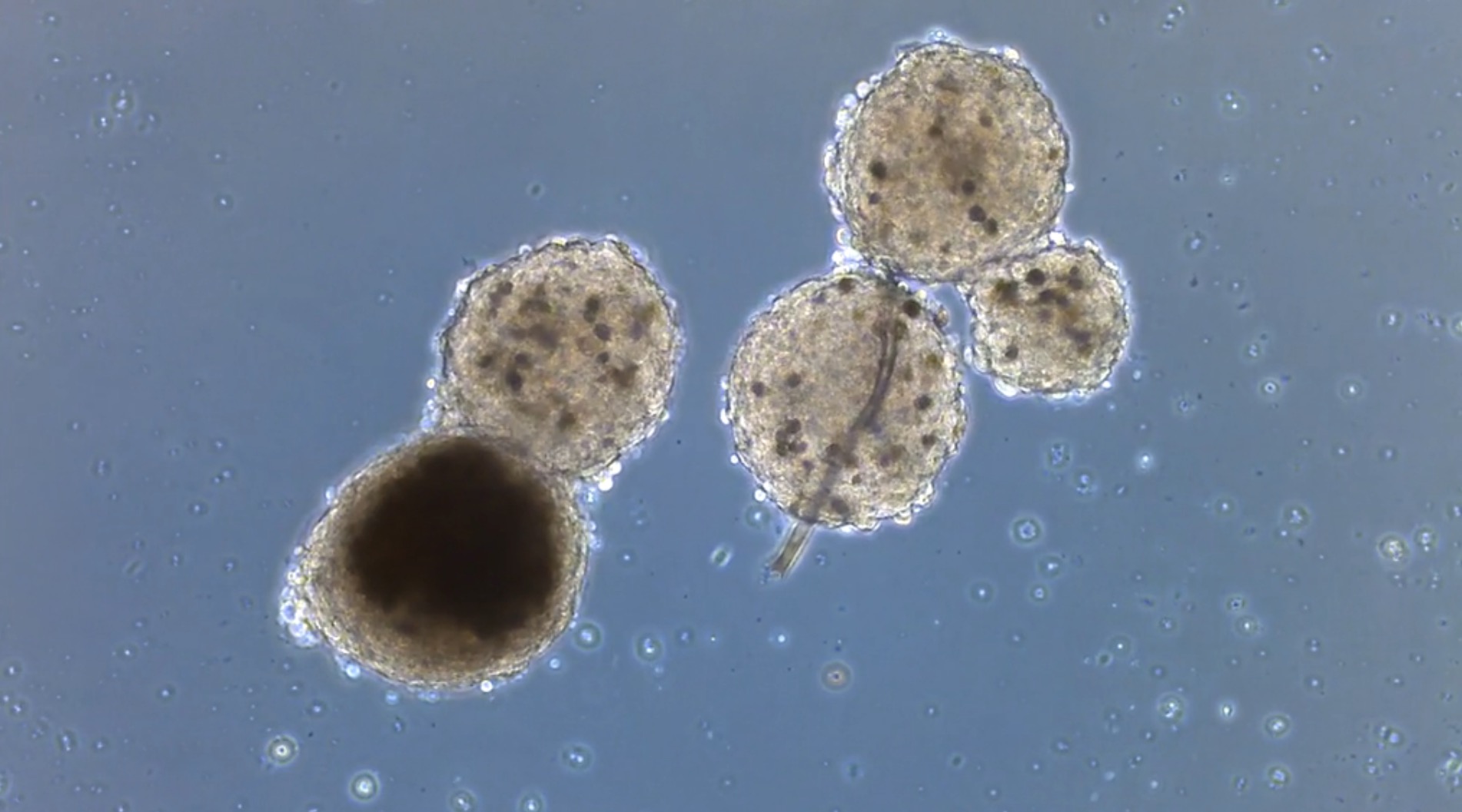 Researchers at the Institute for Regenerative Medicine at the Wake Forste Baptist Medical Center, have released images and a video of 3D printed beating miniature hearts.

By genetically modifying human skin cells, induced pluripotent stem cells (iPSCs) are created. iPSCs are stem cells that can be reprogrammed to produce other cell types; in this particular case heart cells, later forming the so called organoids. These organoids can then be bioprinted into 3-diamensioanl shapes of different sizes.

“The heart organoid beats because it contains specialized cardiac cells and because those cells are receiving the correct environmental cues,” says Ivy Mead, member of the research team. “We give them a special medium and keep them at the same temperature as the human body, and that makes them beat. We can also stimulate the miniature organ with electrical or chemical cues to alter the beating patterns. Also, when we grow them in three-dimensions it allows for them to interact with each other more easily, as they would in the human body.”

Multiple of these individual “miniature” organs will ultimately be fused to form an overall organ system.

On the right, three cardiac organoids are beating in synchrony. The heart organoids were formed by genetically reprogramming human skin cells into beating heart cells and grouping them into a ball or spheroid in cell culture. The spheroids can then be printed into various shapes and sizes using a 3D printer. On the left, a liver organoid (darker organoid) has been fused with a heart organoid. Each organoid is about 0.25 mm in diameter.

The ultimate goal of the $ 24 million federally funded project is to develop a “body on a chip”, that will be used to test the body’s response to chemical weapons like sarin and ricin as well as contagious viruses such as Ebola, in order to develop effective antidotes.