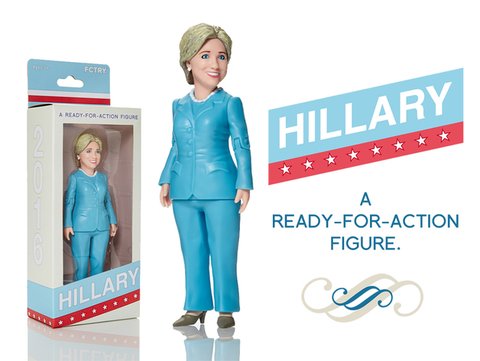 If you are willing to support their campaign at any level, FCTRY will send a postcard with the slogan “Run, Hillary, Run” from you, encouraging her to run for president in 2016. The 3D printed figure can be pre-ordered for $ 15 on Kickstarter and ships worldwide.

Want to 3D print the “ready-for-action” figure yourself? Just download the STL file from Thingiverse.

As of now there are only rumours about her possibly running for president and Hillary has neither denied nor confirmed her candidacy for next year’s presidential elections.