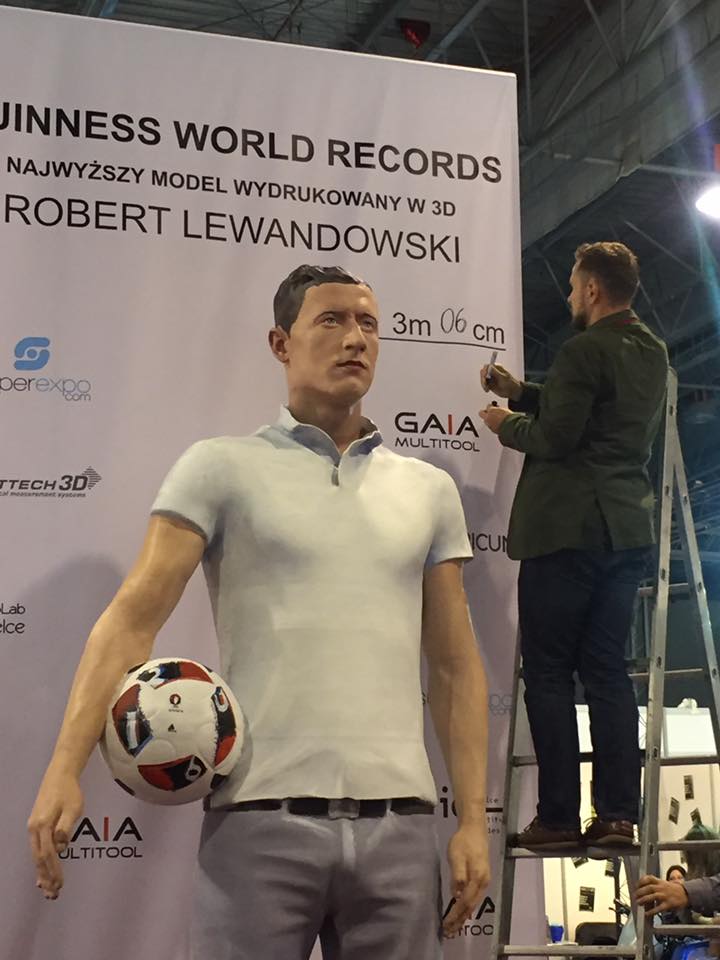 The world’s tallest 3D printed object was presented at the 3D Printing Days (Warsaw Expo XXI, 29-30 September). During the first day of the fair trade, all the visitors could see the attempt to beat the Guinness record.
The monumental 3D printed statue of the striker of the Polish soccer team – Robert Lewandowski – was placed on the floor of the exhibition hall. The figure was created using the 3D printing technology. Measuring over three metres i 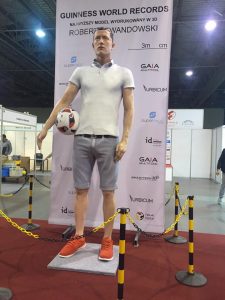 n height, the statue is over a metre taller than the previous record holder – the replica of the famous television presenter, Jon Bentley, which measured 2,05 m.
This spectacular project is the effect of the work of 5 institutions and companies. It is coordinated by FabLab Kielce, which will also be the one applying for the Guinness record. Fablab was also performing the post-processing and preparing the source files for 3D printing. 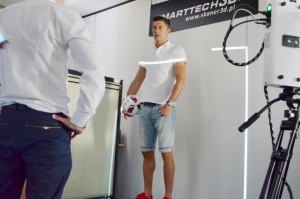 By using a 3D scanner dedicated for the medical industry, we were able to very quickly obtain detailed information about the shape of the body of Robert. There was no room for mistakes since even the smallest of details would be exposed during the process of enlargement and adjustment of the shape of the human in order to be able to 3D print it. Our medical 3D scanners enable us to scan the surface of the human body in just 0

,7 second, providing not only information on the shape but also the colour of the scanned surface – said Anna Gębarska, the Managing Director of SMARTTECH.
The 3D scanners from SMARTTECH are working using structured light technology. Widely known in industry – they are making just first steps in digitizing living organism, becoming a substitute to Photogrammetric technologies. White light 3D scanning is much more complex and accurate. Point cloud provided by the 3D scanner reflects measured surface in details. Every point in cloud is equal to a single pixel in 3D scanner camera. Therefore within 0,7 sec 3D scanner collects 1,3 millions of colourful points. Using SMARTTECH software – SMARTTECH3Dmeasure – point cloud was transformed to printable STL file that was further divided into smaller parts adjusted to 3D printers workspaces. 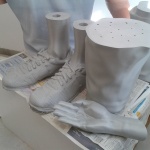 The 3D printing of all elements took over 350 hours and was done by FabLab Kielce association . Using destktop 3D printer and widely known PLA filament.
Except beating Guiness world record – our goal was to assure 3D printer users that it’s possible to print our bigger objects than they usually print -stated Mr. Janusz Wojcik from FabLab Kielce
After assembling all parts the model was painted by artist.
The company SUPEREXPO.COM managed the media coverage of the entire project, and the official partner of the project was the Institute of Design Kielce.

The key to the success of the whole project was the coordination of all activities in such a way as to fit in the Robert Lewandowski’s busy schedule, and on the other hand to finish everything before the 3D Printing Days.
The record was broken on the 29th of September 2016, at 2:00 p.m.

The world largest fully 3D printed statue was given to Robert Lewandowski and will be issued at a charity auction.
See SMARTTECH3D medical 3D scanners in action.