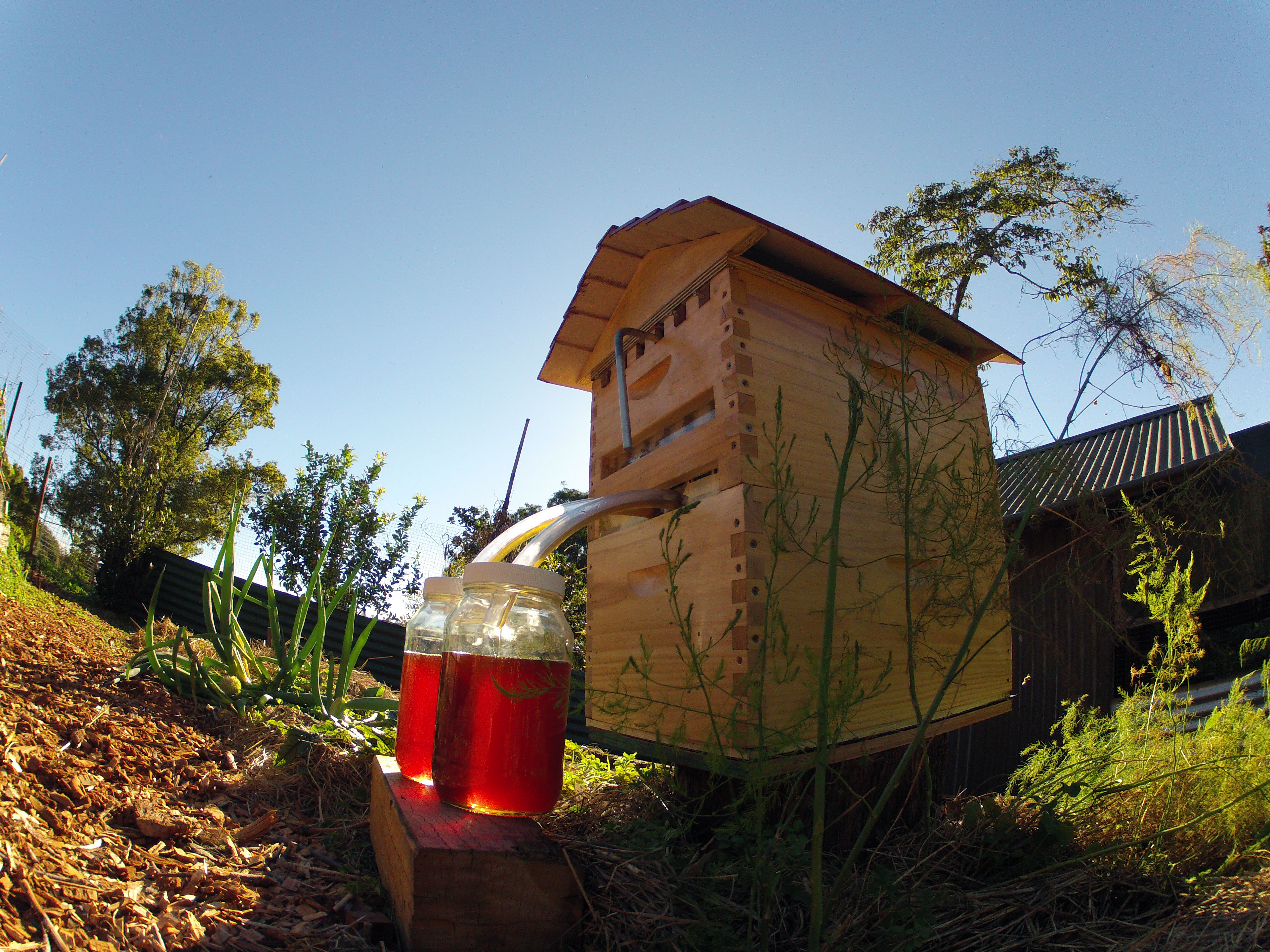 Australian Beekeeper Stuart and Cedar Anderson have come up with the revolutionary idea of Flow Frame, a 3D printed honeycomb frame. This invention allows beekeepers to harvest honey without opening the hive and disturbing the bees.

With their campaign on Indiegogo the father and son team has collected an incredible amount of USD 12,180,575 raised by 36,471 supporters.

About three years ago the idea for the design of Flow Hive was born and has been successfully realised and tested since. Created on a 3D printer using food-grade, BPA-fee plastic, the honeycomb frame consists of partly formed cells, that are later completed by the bee’s wax. When the cells are filled with honey and ready for harvest, you simply need to insert a tube on the bottom and rotate the handle 90 degrees. This will split the cells inside and create channels for the honey to flow down and further out via the tube.

The following pictures explain the process in detail:

Although the campaign has already ended, beekeepers can still sign up for pre-order of Flow on their website.