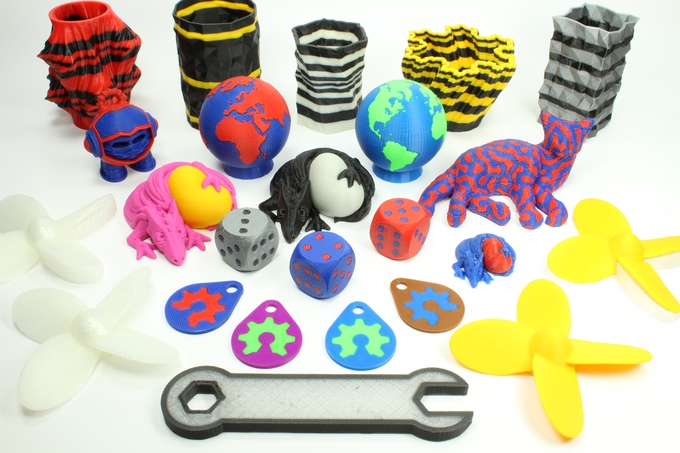 Canadian 3D printing company DisTech Automation is about to launch “The Prometheus System” on the crowdfunding platform Kickstarter. The upgrade for low-cost 3D printers allows for multi-filament 3D printing from a single hot end, thus creating dual-colour and dual-material prints.

August 31th 2016 – The extrusion system can be used as replacement in FDM 3D printers and plugs directly into existing motherboards such as RAMPS or RAMBO. It can be used with both Marlin and Repetier firmware. The CURA slicing software can be used to generate a G-code for automatically controlling filament switching and purging.

“Single color and single material 3D printing has always been the standard for low-cost printers,” says Eric Sammut, CEO of DisTech Automation.”The Prometheus System will expand the capabilities of these 3D printers and enable them to produce vibrant multi-color objects, print with support material, and create unique multi-material prints.” 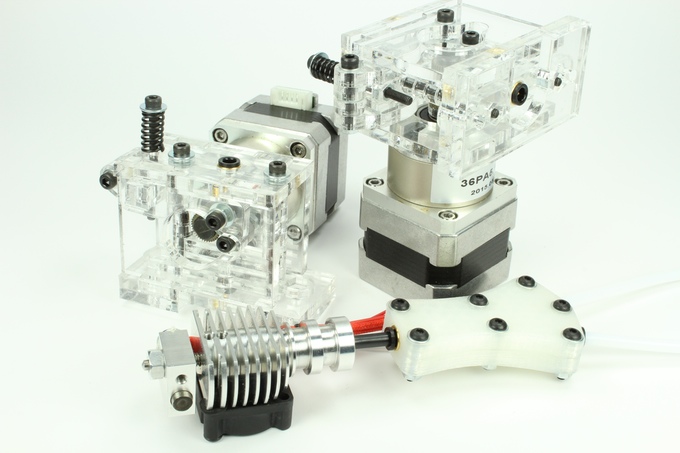 The Prometheus System features a modular design that consists of the three key components hot end, extruders and feeder. The core component, according to the developers, is the Prometheus V2 all-metal hot end with a polished 1 piece nozzle to ensure a reliable printing experience with any material. Another essential extruder component is the ProStruder, powered by a geared stepper motor that gives it 5 times the torque of conventional extruders. The ProFeeder takes 2 filament inputs from the extruders and directs them into a single output that feeds into the hot end. This solution allows your 3D printer to switch between filaments and print different filaments from a single nozzle.

Compared to conventional dual extruders, their system has several advantages, DisTech Automation explains: By using a single nozzle, The Prometheus System eliminates the calibration and nozzle dripping issues that affect dual nozzle configurations. In addition, by feeding one filament at a time into a single hot end, The Prometheus System prevents the problems with color contamination and increased extrusion pressure that are associated with recently popularized color mixing hot ends.

In order to accelerate development in desktop 3D printing by working with the open source community, the Prometheus System will be released as open source hardware under the CC BY-NC-SA 3.0 Creative Commons license.

DisTech will launch a Kickstarter campaign on September 6 and expects to start shipping the Early Bird rewards as early as November 2016. Here you can sign up for the launch notification.

After only 80 hours after the Kickstarter campaign launched the funding goal of 10.000 CAD was reached and quadrupled since. You can get the Prometheus for 219 CAD or around 170$. 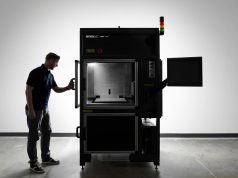