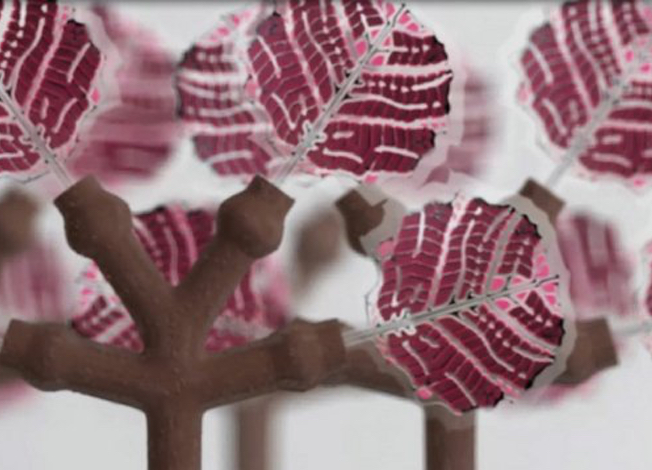 Scientists at the VTT Technical Research Centre of Finland have developed the prototype of a 3D printed tree that harvests solar energy.

The flexible leaves of the tree are organic solar panels made using a printing process developed by VTT. They form an electronic system that conducts energy into a converter which can be used to charge small devices such as mobile phones, sensors or LED lighting.

The 0.2 mm thin organic solar leaves consist of layers of polymer and electrodes. According to the researchers, 200 leaves are capable of producing up to 10.4 watts of energy. The tree trunk was created using 3D printing technology and is made of wood-based biomaterials, that have been developed by VTT as well.