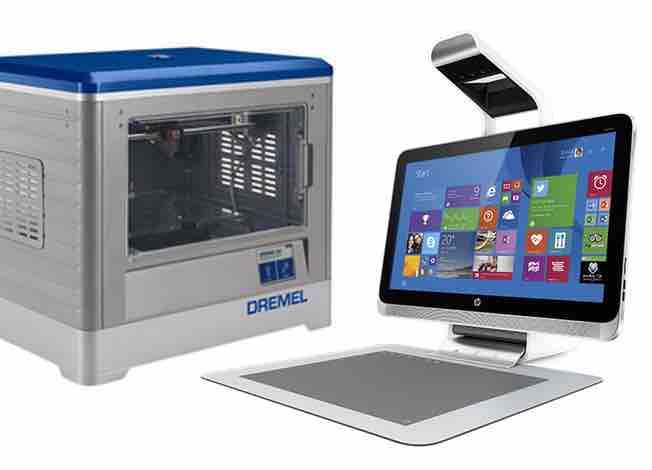 Partnering with Dremel, HP has just announced the launch of an end-to-end solution featuring its Sprout platform and the Dremel Idea Builder.

The companies intend to create an ecosystem covering 3D scanning and 3D modelling with the Sprout hardware and software as well as 3D printing on the Dremel Idea Builder 3D printer.

HP has unveiled its 3D scanning and computing system Sprout back in October last year, along with the announcement of their proprietary Multi Jet Fusion technology expected to be released next year.

At MakerCon, the official announcement was made by Eric Monsef, head of immersion systems HP, who explained that HP wants to provide their customers with a single solution: