According to the company’s announcement last Friday, MakerBot is re-organising its business:

Today, we at MakerBot are re-organizing our business in order to focus on what matters most to our customers. As part of this, we have implemented expense reductions, downsized our staff and closed our three MakerBot retail locations.

Current CEO Jonathan Jaglom, who took over from Jenny Lawton back in February this year, wants to focus on expanding their efforts in the professional and education markets.

100 employees are reported to have been laid off, accounting for 20% of MakerBot’s staff. According to Motherboard, MakerBot is looking to integrate further with its parent company Stratasys and therefor streamlining its operation.

“These organizational moves are part of the continued scaling of MakerBot,” said David Reis, CEO of Stratasys.

3D Printing a Life-Size Version of Yourself

ZEISS and MakerVerse collaborate to assure the delivery of industrial grade...

Anisoprint and Systemcreate announce distribution partnership for the Japanese market 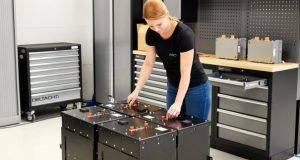