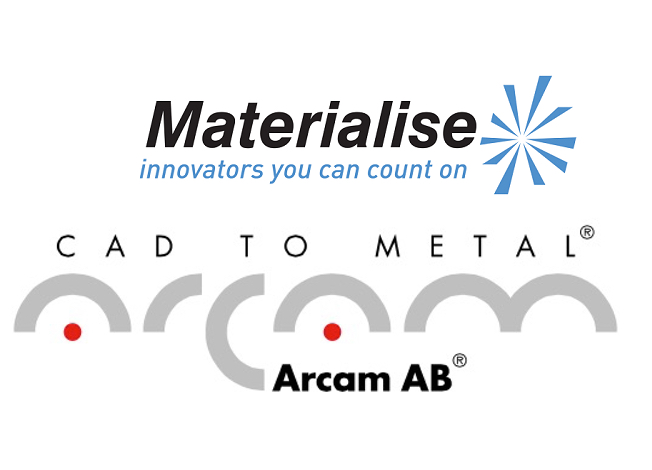 Materialise partnered with Swedish metal 3D printer company Arcam to create the Arcam Build Processor, which will be launched and available for purchase in the following weeks.

In the story of 3D printing, software plays a critical role. That is why Materialise partners with 3D printer manufacturers to create build processors that enable a seamless integration between software and printer. Similar to the way 2D printer drivers work, Materialise’s user-friendly build processors simplify the 3D printing workflow and give users more control over their 3D print.

Users of Arcam’s Electron Beam Melting (EBM) machines are mainly active in the orthopedic implant and aerospace industries. To reduce the weight of parts or to facilitate bone ingrowth for implants, complex designs such as porous, lattice and lightweight structures are created. These complex designs can easily be created in Materialise’s 3-maticSTL software. With the Build Processor, the user can avoid the large STL data stage by using a compact file format and slice-based operations. The unique Materialise slicing technology allows easy handling of these complex designs.

In addition, thanks to the two-way communication between the printer and the software, facilitated by Streamics, the Build Processor does not just tell the printer what to do, it can also pick up feedback from the printer, which enables the tracing and storage of data on specific jobs. This provides a controlled 3D printing environment, helping meet the rigorous manufacturing requirements of, for example, the medical and aerospace sectors.