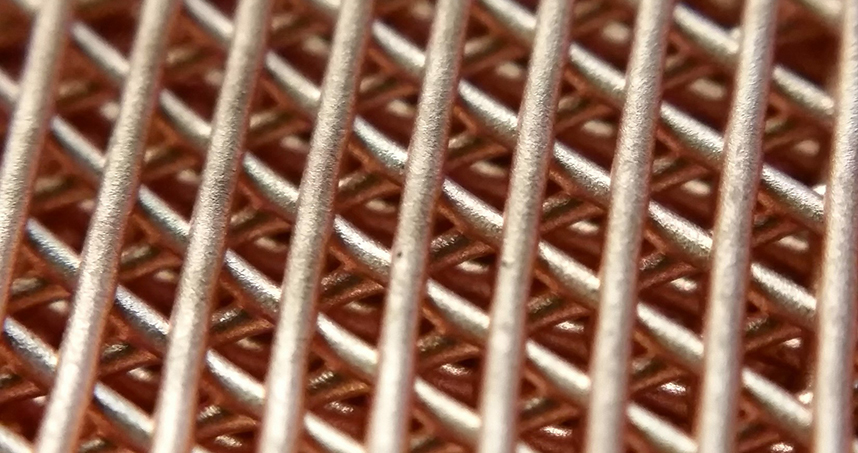 A team of engineers at the Northwestern University have come up with a method to 3D print metal objects using not only metal powders but also rust. The paper called Metallic Architectures from 3D Printed Powder-Based Liquid Inks has been published in the Advanced Functional Material Journal.

The process is similar to the one ExOne’s Direct Metal Printers work with. The technique uses liquid inks, made of metal powders, solvents and an elastomer binder, that are then dispensed through a nozzle to create a 3D object. Once finished, the powders are being fused by heating the structure, called green body, in a simple furnace.

Compared to laser sintering techniques, this process allows for the use of a wider range of materials, including metal mixtures, alloys and metal oxides and compounds. Iron oxide (rust), for example, can be used to 3D print structures that are then treated with hydrogen, to turn the green bodies into the respective metal before sintering in the furnace.

“It might seem like we are needlessly complicating things by adding a third reduction step where we turn rust into iron,” David Dunand, one of the paper’s author said. “But this opens up possibilities for using very cheap oxide powders rather than corresponding expensive metal powders. It’s hard to find something cheaper than rust.”