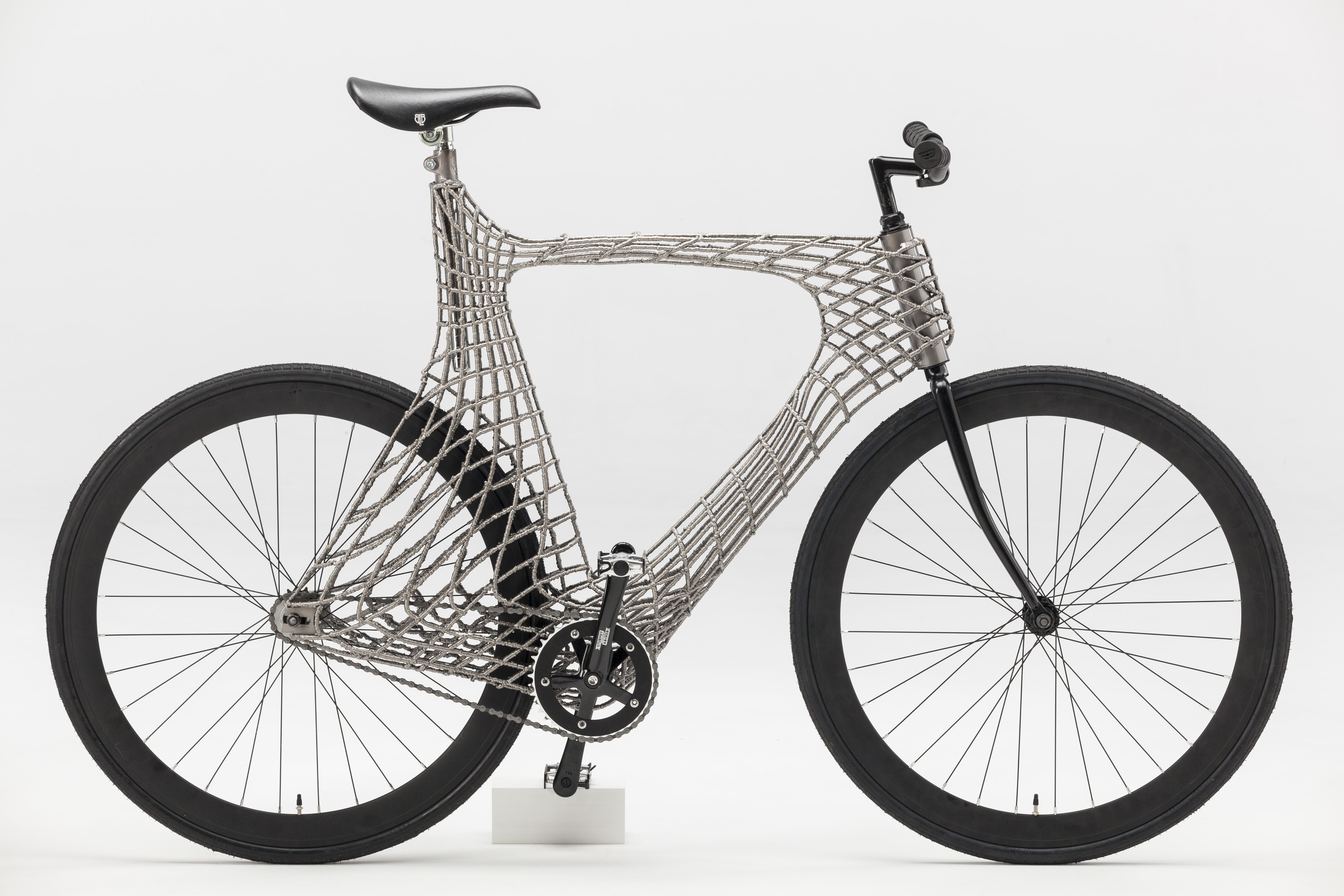 A team of students from the Technical University Delft in the Netherlands have designed and 3D printed a fully functional 3D printed bicycle frame made of stainless steel.

To realise their three-month project the students turned to MX3D, who have developed a multiple axis 3D printing robot that is currently 3D printing a bridge over the Oudezijds Achterburgwal canal in Amsterdam. The bicycle was designed as part of a research project at the Industrial Design Engineering faculty examining the viability of metal 3D printing using a welding process, and is the first one ever created using this approach. The project is part of wider research being done at TU Delft and the 3D Building FieldLab.

“3D printing has exploded in popularity in the last decade but for those wanting to print medium to large scale objects, there are still significant limitations in the technology”, said Harry Anderson from the Arc Bicycle team. “This method of 3D printing makes it possible to produce medium to large scale metal objects with almost total form freedom.”

The frame weighs about the same as other common steel bicycles. In a video featuring the bike’s production, the students also prove the frame’s strength by riding it around the city of Delft:

Stef de Groot, who was also part of the 3D printed DIY bike project called OBI 0.5, explains: “It was important for us to design a functional object that people use everyday. Being students in the Netherlands, a bicycle naturally came to mind. A bicycle frame is a good test for the technology because of the complex forces involved.”