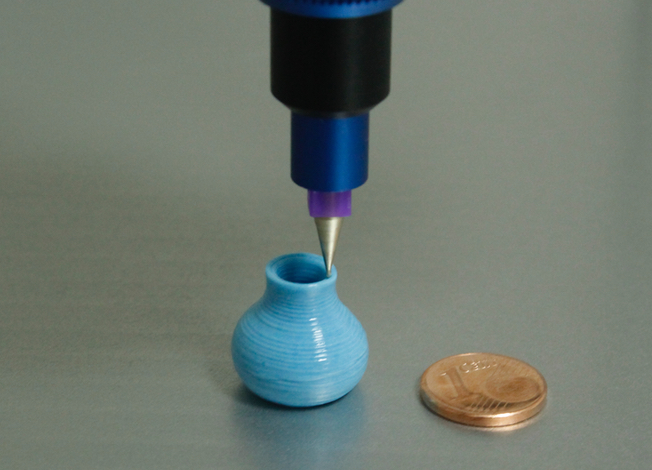 ViscoTec with its headquarter in Germany and subsidiaries in the USA, China and Singapore, deals with systems processing medium to high-viscosity fluids and has developed a 3D printing technology known as Fluid Dosing & Deposition (FDD).

August 31, 2015: This method allows for 3D printing of pastes and fluids such as silicones, UV-glues, 2-component adhesives, ceramics but also organic cell-suspensions for bioprinting. It has been used in different form for the application of adhesive beads in the industrial sector for years. By juxtaposing and superposing lines of adhesive beads, the printer builds the 3D object layer by layer. According to the company, the technology is suitable for all fluids with a low viscosity up to a very high viscosity of more than two million mPas and even remains fully functional with grainy or fibrous solids.

“Objects with a lower need for accuracy can be produced five times faster than objects demanding very high precision. By an automatically changing of the dosing needle whilst printing, a dynamic of 1:10 or even more seems to be achievable. An additional benefit of the process is the possibility to suck back the fluid bead from the outlet of the dosing needle at the end of every single dosing step. This ensures an absolutely drip or string free application.” 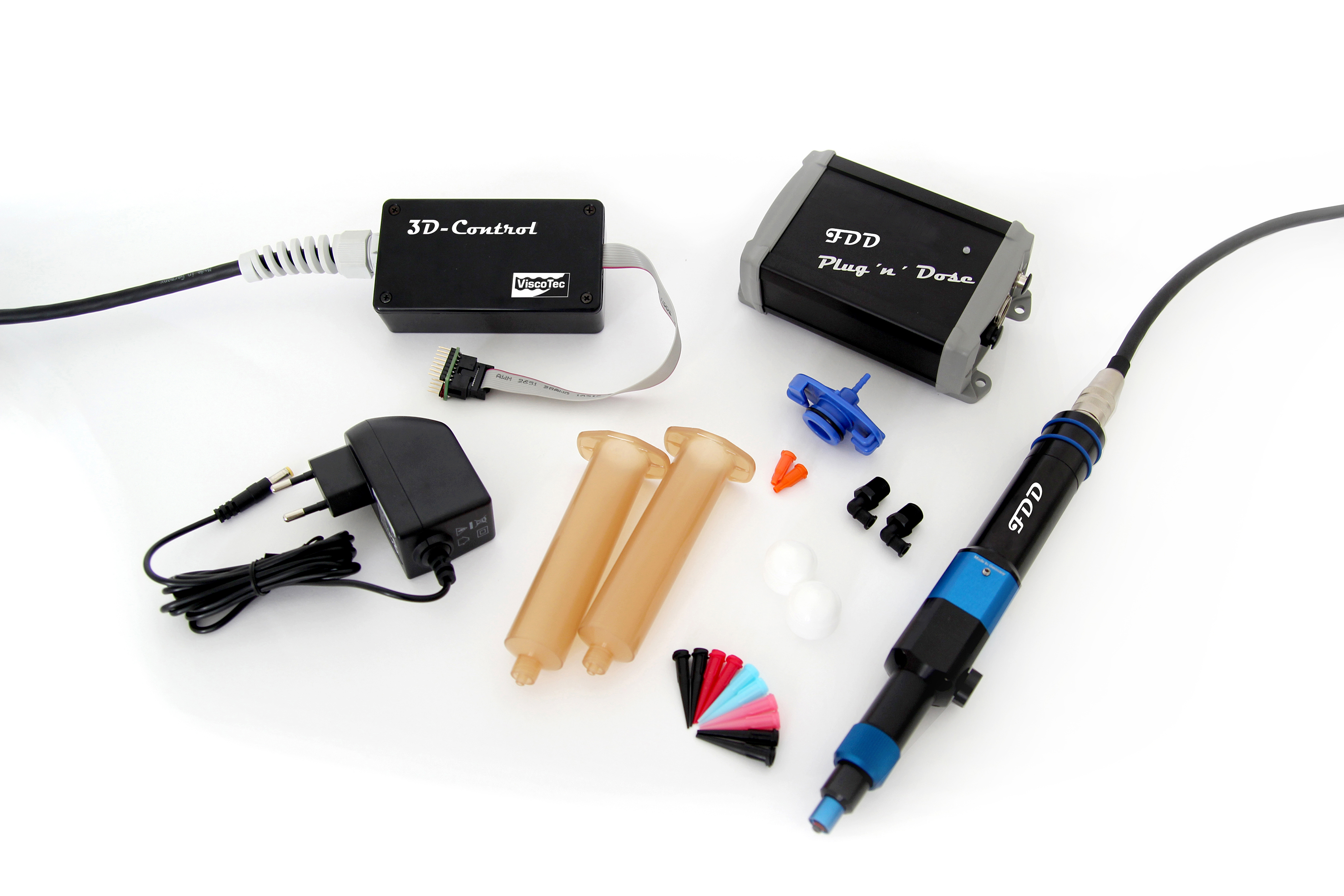 ViscoTec’s specially developed printheads can be integrated in a wide range of common 3D printers. The core element is a volumetric dispensing pump based on the endless piston principle which belongs to the group of rotary positive displacement pumps. ViscoTec offers a Starter Kit, including the printhead and matching control as well as helpful equipment such as dosing needles and cartridges.

The “Fluid Dosing & Deposition” (FDD) print head makes the handling of fluid or pasty materials possible. As the plastics don’t need to be melted, the printing can be faster. The solidification of the reacting media takes place within a short time.

Especially the continuous cross-linked thermosetting plastics are characterized by higher mechanical properties in comparison with many thermoplastic polymers. This enables new product performances in the field of additive manufacturing.