3D Hubs has released their Trend Report for the month of July based on 18,500 3D printers in their network, representing a growth of 1,500 devices in only one month.

In their special addition, 3D Hubs surveyed their users and asked the question: “Who’s 3D printing?”.
Professionals and makers dominate the chart with each accounting for nearly 35% of users. The category professionals includes people that use 3D printing as part of their work, mainly also designing their own models. 57% of them are either engineers or (product) designers and prototyping is among the most common applications 3D printers are used for in a professional environment with a share of 85%. 3D Hubs defines makers as those who use 3D printing for personal projects related to hobbies or gadgets, designing their own 3D models as well. Pioneers with a share of 21.7% have only recently discovered the new technology and realise projects of their own interest, however turn to platforms for designs. 8.5% of all 3D printer users represent students and researchers. Just as last month, the Kossel XL and the DeltaWASP are still the two highest rated desktop 3D printers according to the report. The Zortrax M200 ranks third, slightly behind the two delta printers but with almost 8 times the amount of reviews. 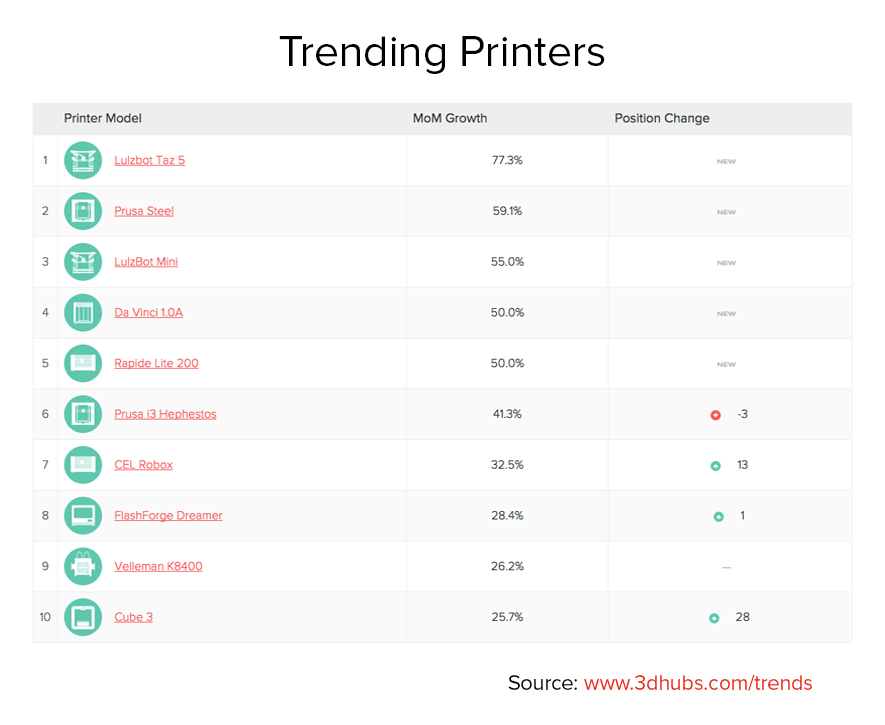