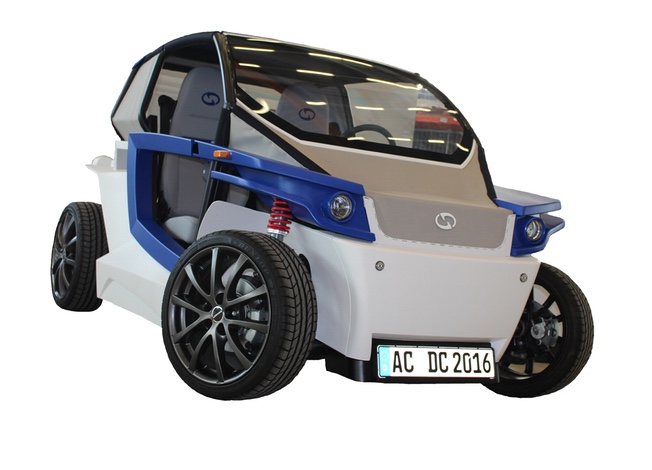 Stratasys has announced it will feature the StreetScooter C16, an electric production vehicle available for under €10,000, on its stand at EuroMold in Frankfurt next week.

Nov 19th, Using revolutionary design and production methods, the StreetScooter project was developed by the Production of Engineering of E-Mobility Components (PEM) of Aachen University. The company StreetScooter was founded in 2010 with the goal of developing an electric car that rivalled conventional vehicles on price with realistic performance, safety and sustainability. While specifications vary from model to model, a StreetScooter C16 is expected to typically weigh 450kg – (1000lbs) excl. battery, has a range of min. 100km (80 miles) and delivers a top speed of 100km/h (60mph), making it an ideal city vehicle.

Representing a new breed of car, the Short Distance Vehicle was built using the large format Objet1000 Multi-material 3D Production System for all its exterior plastic parts, including the large front and back panels, door panels, bumper systems, side skirts, wheel arches, lamp masks, and a few interior components such as the retainer instrument board and a host of smaller components. Parts were 3D printed using Stratasys’ tough Digital ABS material, enabling the engineering team to build a prototype car that could perform in strenuous testing environments to the same level as a vehicle made of traditionally manufactured parts. 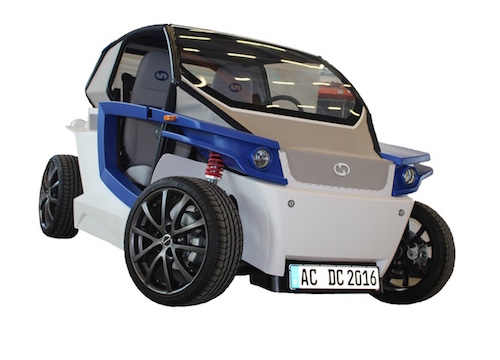 Throughout the development of the StreetScooter C16, the Objet1000 3D Production System was used for making prototype parts, as well as end-use manufactured parts and production tools in the final development stages. The 3D Production System’s huge 1000 x 800 x 500mm (39.3 x 31.4 x 19.5in) build tray gave it the ability to 3D print the full range of components up to a meter in length.

“The Objet1000 is the largest multi-material 3D Production System on the market and Aachen University was the first university in the world to have one,” says Achim Kampker, Professor of Production Management in the Faculty of Mechanical Engineering, Aachen University. “Being able to use it in the development of large and small parts for StreetScooter was exciting in itself, but the contribution the 3D printed parts made to the construction of the car was enormous. The ability to produce full-scale prototypes that perform like the final parts, accelerated testing and design verification, enabling us to bring to market a prototype electric car in just 12 months – something that is just unimaginable with traditional manufacturing.” 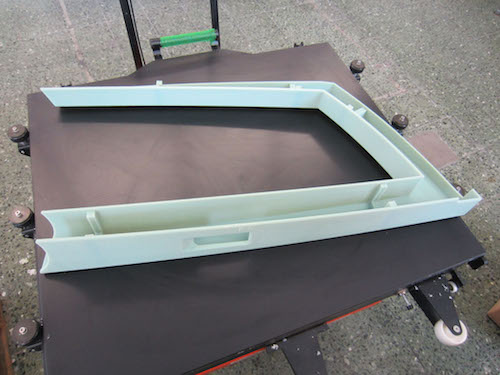 3D printing technology had been used before by Aachen University for StreetScooter. Various components of the StreetScooter were 3D printed in the early design phase of the car for the fast realization of geometric and functional prototypes. These included, for example, the retainer instrument board, the drive mode switch panel, the mirror compartment, and the Deutsche Post bonnet logo. The final production model of StreetScooter was developed for Deutsche Post AG and is 4.3m3 capacity delivery van version that is now operational in Germany.

“With the advanced multi-material 3D printing technology available to us from Stratasys, vehicles can be easily customized for specific customers, enabling us to design on-the-fly,” adds Prof. Achim Kampker. “These cars can be developed from scratch and ready in a matter of months, not years, as with traditional automotive production processes. The StreetScooter project has demonstrated to us how a whole new approach to car design and manufacturing is possible with 3D printing.” 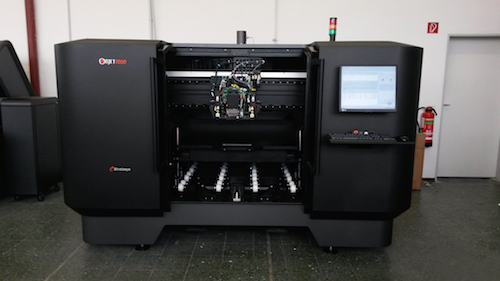 Our columnist Jakob was live at the Euromold and brought back these images of the incredible project: