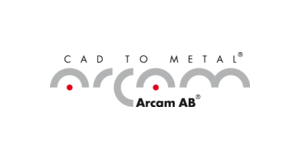 Arcam’s powder manufacturing subsidiary AP&C has appointed Alain Dupont President effective from January 12, 2016, following the retirement of Jacques Mallette, President of AP&C since 2011. Mr Mallette will remain engaged with the company and has been appointed Chairman of the board of AP&C.

Alain Dupont has degrees in law and business administration and a long career at various positions within GE Financial services, having served at GE entities in Canada, France and Japan.

“Jacques has done an outstanding job transforming AP&C from a research oriented powder shop to the largest and most respected manufacturer of advanced metal powders for additive manufacturing.

With the present strong team at AP&C urther strengthened by the addition of Alain Dupont we have the organization to continue AP&C’s strong growth and business development”, says Magnus René, CEO of Arcam.

At DiSanto, the implant contract manufacturing subsidiary of Arcam, Ronald Dunn will leave the role as President to pursue new opportunities. The search for a new president at DiSanto is under way and will be finalized beginning of 2016.

As recently communicated Magnus René, CEO of Arcam, is moving to the US, for a period of time, to help accelerate Arcam’s development in the US and lead the Arcam Group based at the Woburn, MA office.