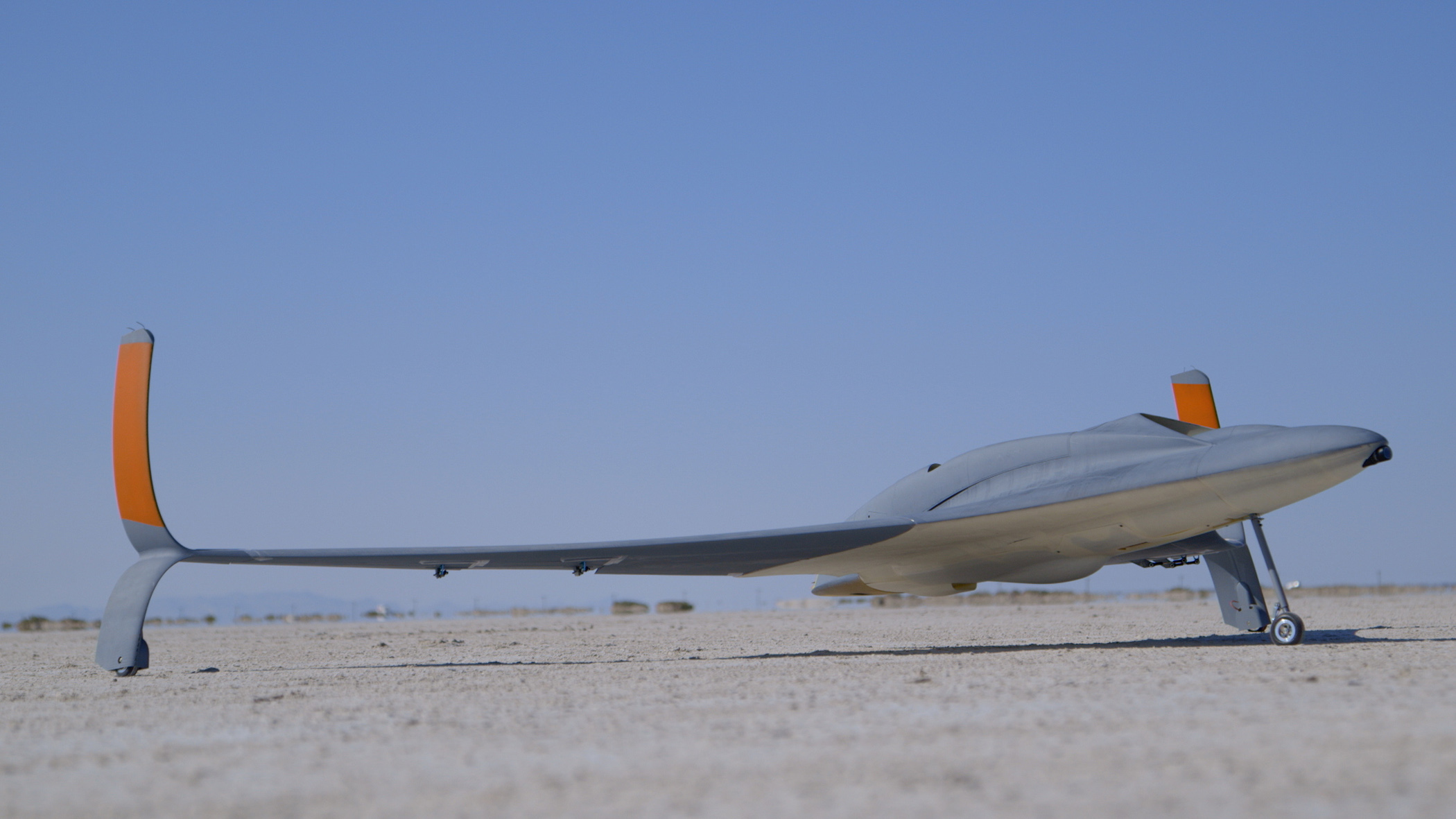 Aurora Flight Sciences and Stratasys teamed up to deliver, what is believed to be, the largest, fastest, and most complex 3D printed unmanned aerial vehicle (UAV) ever produced. Unveiled for the first time at this week’s Dubai Airshow, the high-speed aircraft is built using lightweight Stratasys materials to achieve speeds in excess of 150mph.

To realize the joint goal to design and develop an advanced 3D printed demonstration aircraft, the final UAV – which has a 3m (9ft.) wingspan and weighs only 15kg (33lb.) – leveraged 3D printing for 80 percent of its design and manufacture and is built on the expertise of Aurora Flight Sciences’ aerospace and Stratasys’ additive manufacturing.

According to Dan Campbell, Aerospace Research Engineer at Aurora Flight Sciences, the project achieved various targets. “A primary goal for us was to show the aerospace industry just how quickly you can go from designing to building to flying a 3D printed jet-powered aircraft. To the best of our knowledge, this is the largest, fastest, and most complex 3D printed UAV ever produced.”

“This is a perfect demonstration of the unique capabilities that additive manufacturing can bring to aerospace,” says Scott Sevcik, Aerospace & Defense Senior. Business Development Manager, Vertical Solutions at Stratasys. “This meant using different 3D printing materials and technologies together on one aircraft to maximize the benefits of additive manufacturing and 3D print both lightweight and capable structural components.”

For Aurora, Stratasys’ additive manufacturing solutions provided the design-optimization to produce a stiff, lightweight structure without the common restrictions of traditional manufacturing methods. This also enabled the cost-effective development of a customized – or mission-specific vehicle – without the cost constraints of low-volume production.

“Stratasys 3D printing technology easily supports rapid design iterations that led to a dramatically shortened timeline from the initial concept to the first successful flight,” adds Campbell. “Overall, the technology saw us cut the design and build time of the aircraft by 50 percent.”

“Aurora’s UAV is a clear evidence of FDM’s ability to build a completely enclosed, hollow structure which, unlike other manufacturing methods, allows large – yet less dense – objects to be produced,” he explains.

“In addition to leveraging FDM materials for all large and structural elements, we utilized the diverse production capability of Stratasys Direct Manufacturing to produce components better suited to other technologies. We elected to laser sinter the nylon fuel tank, and our thrust vectoring exhaust nozzle was 3D printed in metal to withstand the extreme heat at the engine nozzle,” Sevcik adds.

“Because Stratasys is able to produce parts that meet the flame, smoke, and toxicity requirements set by the FAA, ULTEM™ has become the 3D printing material of choice for many of our aerospace customers for final production applications,” he continues.

For Sevcik, this particular collaborative project with Aurora achieves one of the foremost overall goals among aerospace manufacturers, as well as those in other industries, which is the need to constantly reduce weight.

“Whether by air, water or on land, lightweight vehicles use less fuel. This enables companies to lower operational costs, as well as reduce environmental impact. In addition, using only the exact material needed for production is expected to reduce acquisition cost by eliminating waste and reducing scrap and recycling costs,” he concludes.

The high-speed Aurora/Stratasys UAV is being showcased at this year’s Dubai International Airshow (8th – 12th November, Dubai World Central) on stand no. 206.