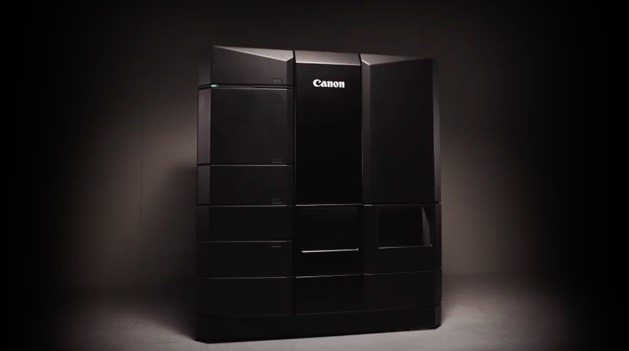 At the Canon Expo currently taking place in Paris, the company has unveiled a prototype of their first 3D printer.

While Canon had already collaborated with 3D Systems for the distribution of their additive manufacturing machines such as the ProJet series and the Cube last year, the company has been working in parallel on their proprietary resin-based 3D printing system. Highlights of the invite-only Canon Expo are shared through social media, including a dedicated YouTube channel that features a video of the “Rapid Prototyping to Rapid Manufacturing” device.

Their in-house developed 3D printer concept is designed to speed up the production process while maintaining a high level of precision. Canon claims that users will also save time due to a reduced need for post-processing.

“We use a resin-based system, which gives any modelled objects superior strength. It also means you can use the same machine to create your prototypes and produce small runs of the final product,” Canon states on their website.

Canon hasn’t disclosed any details yet on when their 3D printing system will be launched to the market, but also shared further  details on MREAL (Mixed Reality), a 3D imaging device that combines real-world environment with the virtual world of computer-generated images.