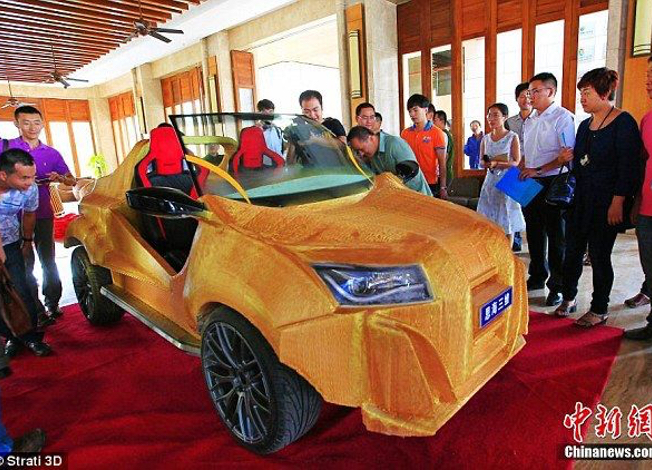 “Shuya” is named after the city is was made in and its frame was 3D printed with a composite filament called Tyrant Gold in only five days. Weighing around 500 kg, the car reaches a speed up to 40 km/h, powered by an electric motor. According to media reports, the manufacturing costs for the 3.6 meter long and 1.3 meter wide vehicle total up to $ 1.100.

No further details were revealed on the exact composition of the material, nor about the 3D printer the frame was manufactured on. However, the following video shows the large scale 3D printer, which was probably used to print Shuya’s frame: