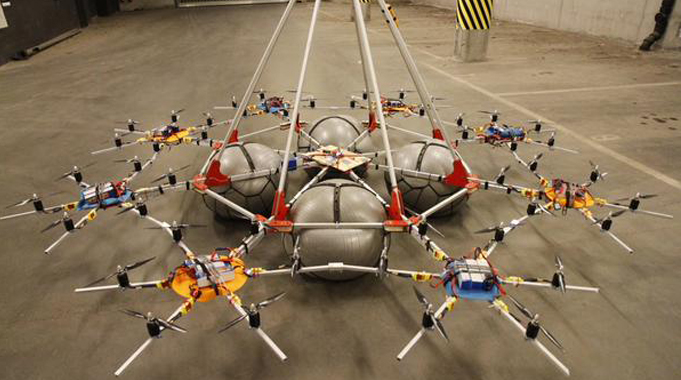 For that purpose a team at the University of Oslo built a drone with 48 propellers. These were segmented in eight parts looking like eight drones with six propellers each. The team used aluminium, plywood and 3D printed parts to keep the drone as light weight as possible. 3D printing did help to build the Megakopter the most difficult part is to control all 48 propellers and keep the drone in the air.

And they did break the Guiness World Record! The so called Megakopter lifted a additional wight, to the weight of the drone itself, of 61kg. Next summer the team wants to lift a person with the Megakopter.