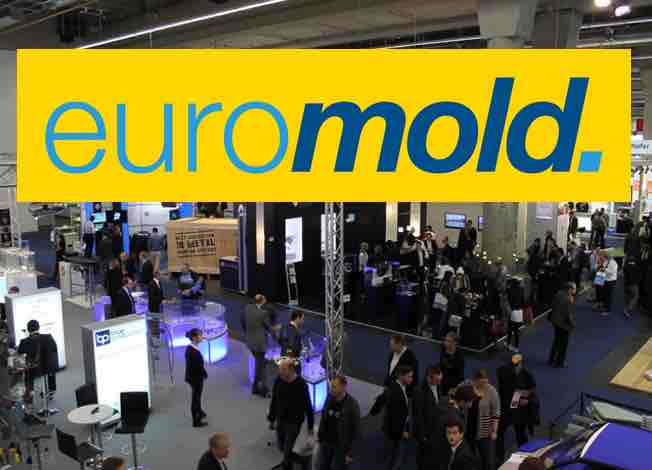 The Regional Court Frankfurt rejected objections entered by Messe Frankfurt GmbH and two of its subsidiaries against a preliminary injunction that had been imposed on the trade fair due to unlawful e-mail transmissions and violation of data privacy laws. The preliminary injunction is just one of several legal steps which DEMAT GmbH, host of the Euromold exhibition, is initiating against its former business partner Messe Frankfurt. Due to the illegitimate conduct of Messe Frankfurt, DEMAT has in the meantime also submitted a claim for damages against the trade fair.

“We are very pleased that the court again found in favour of our client. In order to establish a competing exhibition under the name formnext, Messe Frankfurt made use of illegitimate methods and aggressively attacked Euromold. For more than 20 years, DEMAT GmbH has been hosting the Euromold exhibition at the Messe Frankfurt and established itself as the largest exhibition of this kind on a global scale. With Messe Frankfurt’s deliberate attacks, Euromold finds itself heavily harmed. Moreover, the verdict is of great importance to the entire exhibition sector. Trade fairs have to guarantee that the data provided to the fair is secure and will not be used for own purposes. The ruling of the Regional Court helps to put this issue in the legally correct perspective”, explains Christian Kusulis, lawyer at Graf von Westphalen, who together with his colleagues Dr Süß and Mr Schuhmann represents the Euromold organizers. They submitted a claim for damages against Messe Frankfurt.

“Messe Frankfurt and its two subsidiaries violated regulations which are internationally valid”, continues Kusulis. In fact, Messe Frankfurt started to strategically harm DEMAT GmbH throughout the ongoing Euromold Exhibition in 2014 by

Moreover, Messe Frankfurt approached numerous Euromold exhibitors months before the Euromold 2014 took place concerning a study on the execution of their first own competing exhibition. At the same time, they also tried to register the brand name “mold+form” which turned out to be “formnext”.

In the oral hearing, Messe Frankfurt’s lack of authority to organize the trade fair formnext and the resulting prohibition to execute the fair were also discussed. This was against the background that Messe Frankfurt is owned by the federal state Hessen and its federal capital Frankfurt and therefore constitutes a “municipal undertaking”. Consequently, Messe Frankfurt is subject to the principle of subsidiarity which is embedded in local law. According to this principle, municipal undertakings such as Messe Frankfurt may only engage in economic business activity when this is justified by public purpose and, in addition, when there is no private undertaking available which could fulfil this purpose. “In the present case, a public purpose which would justify the establishment of formnext is not apparent. Moreover, DEMAT is an exhibition host that has gained experience with this industry fair for decades – in contrast to Messe Frankfurt that is completely inexperienced in this regard”, concludes Dr Frank Süß.

Consequently, DEMAT expressly welcomed the decision of the Regional Court. After two decades of successful collaboration, the illegitimate and deceptive business conduct would come as an unexpected and bitter surprise, which would be highly unusual in the trade fair industry. Therefore, the renewed confirmation by the Regional Court would be taken as an occasion to consider further legal steps against Messe Frankfurt and formnext. DEMAT would also owe this legal examination to the exhibitors, who also fail to comprehend Messe Frankfurt’s approach. Undeterred by the legal dispute, DEMAT will continue its success story at its new location Messe Düsseldorf.