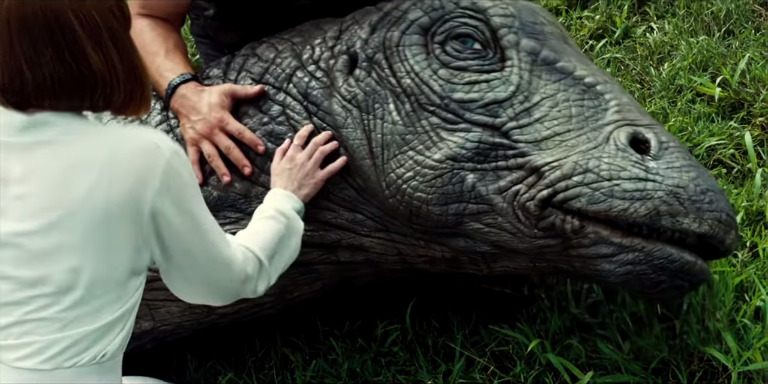 While Jurassic World has broken the opening weekend box office record, Legacy Effects released a behind-the scenes video showing the craftsmanship it took to create one of the most crucial scenes in the movie.

Their team used Artec’s 3D scanning technology, the handheld MH 3D scanner to be precise, to rescale a dinosaur’s head and neck. This helped them to save an enormous amount of time by not having to start from scratch, when the request for the model to be bigger was confirmed.

“We scan what the artists traditionally sculpted and at that point once it’s in the computer we can then go to any scale that’s needed,” says LE’s lead systems engineer Jason Lopes. “So instead of starting over we were able to save a lot of manhours.”