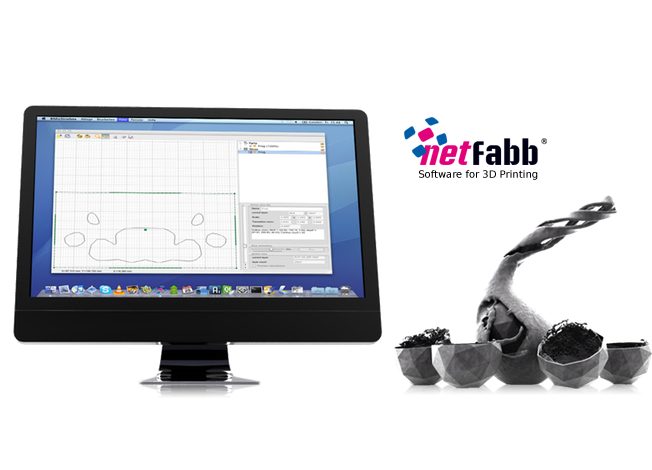 netfabb GmbH presents the new release of its 3D printing software netfabb Professional 6. This revised and extended version aims at simplifying the tasks of service bureaus and designers of complex and individualized parts and helps shorten production cycles in additive manufacturing.

July 3, 2015: netfabb has made a widely noted appearance just recently as one of the founding members of the 3MF Consortium, all along with big players such as Microsoft, HP, Autodesk and Dassault Systèmes. netfabb has been heavily involved in developing the new standard file format 3MF for industrial 3D print data. In the new version netfabb 6, this future-proof format has already been implemented.

A sophisticated build space optimization to increase efficiency
The 2D Nesting Module is a newly integrated feature in netfabb Professional which automatically arranges a maximum number of printable parts on the build platform. “A powerful packing tool is able to lower production costs, to fully exploit production capacities, and to shorten time to market“, explains Alexander Oster, netfabb’s CEO. “Serious volume manufacturing without a reliable packing feature is just unthinkable.”

A boost for volume manufacturing
It is vital for quality assurance in mass production to exactly distinguish identical parts of a series. netfabb Professional now provides Automatic Mass Labeling, which adds unique identification codes to identical parts. “Applying one single label manually to a part takes an average minute, whereas netfabb can do this independently of any lot size in two minutes’ time. Only recently, netfabb software was used to place 32,900 components for manufacture into one single additive manufacturing machine–considering record results like this you’ll quickly get an idea of the cost saving potential of netfabb software especially for industrial production“, outlines Oster.

A lively interest in industrial potential provided by ADM
Today, many companies explore the potential of volume manufacturing for their business, making use of ADM’s geometrical freedom. netfabb is the key to open the door to a completely new generation of innovative products, and with netfabb 3S (Selective Space Structures) a separate add-on for designing bionic structures is available. New to the generation 6 is the long-awaited Support Structures add-on for complex DLP and stereolithography projects. Also new is netfabb Enterprise 6 which comes with a cost-saving server licensing model.

Software supplier netfabb has released the new Support Structures add-on as a substantial addition to the netfabb 6 suite of software for 3D Printing and Additive Manufacturing. The focus of the new generation 6 is set upon simplifying and improving 3D printing processes on an industrial scale. In this context, the new add-on is specially designed for the advanced support generation for Selective Laser Melting, Stereolithography, and DLP technology.

Only recently, the Germany-based specialist for 3D printing software announced the foundation of the 3MF Consortium, together with Microsoft, HP, Autodesk, Dassault Systèmes, Shapeways, and SLM Solutions. In the meantime, more market leaders within the industry have joined the ranks which is a clear sign that the new open and royalty-free 3MF format will be the dominant additive manufacturing format for the future. As chair of the consortium’s technical working group, netfabb ensures full compliance with the new standard in all of their products. Now a powerful new add-on to netfabb Professional 6 provides an easy way to prepare data for industrial 3D printing.

Support generation–an important issue in creating printable data
The new add-on empowers netfabb Professional 6 to easily add support lattices and structures to parts in additive manufacturing. This happens by creating bar support structures and adjusting the anchor points between the part and the platform as needed. This ensures that the full productive capability of AM machines using Selective Laser Melting, Stereolithography, and DLP technology can be utilized.

A huge number of settings for an optimum support generation
Three general types of support structures can be chosen as required by the part’s geometry: bar support, polyline support, and full volume support. A huge number of features and options grants full flexibility to the designer. For example, different types of support structures can be combined on the same model, to different part areas, and to different angles. If needed, even curved and ramified bars that look like tree branches can be created. Polyline support allows not only to build a simple thin or thick wall support but a structured wall, just by a few clicks. And last but not least, volume support extends the polyline support by an additional dimension, offering 37 different settings in total.

Speed up the processes of data preparation for Additive Manufacturing
More practical features like a transparent part view and an overview list of all used support entities ready to re-use will help to ease the designer’s workload. Very useful is also the automatic downskin analysis of data models to determine which areas do require some support.

A keen interest in industrial use of Additive Manufacturing
Currently, manufacturing is subject to a fundamental paradigm change. Many companies consider introducing additive manufacturing for their business. “In this period of important change, netfabb Professional 6 has the potential to lift additive manufacturing to an unprecedented level of volume manufacturing”, explains Ulf Lindhe, Director of Business Development at netfabb. “Risk reduction, easy maintenance, process reliability, and a whole lot of time savings are the keywords to describe the benefits of using netfabb software.” With the add-on netfabb Selective Space Structures (3S), innovative products using complex structures can be created. Also new is netfabb Enterprise 6 which comes with a cost-saving server licensing model. 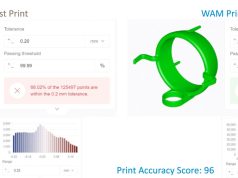 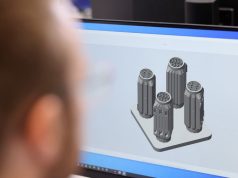 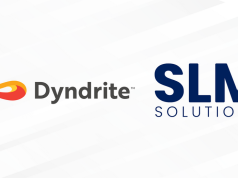 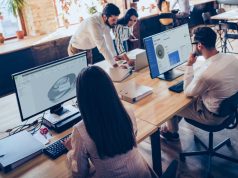 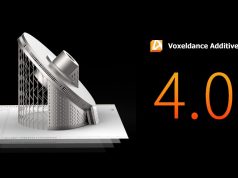 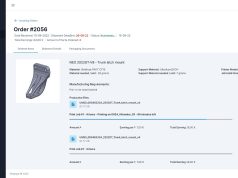 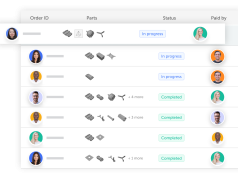